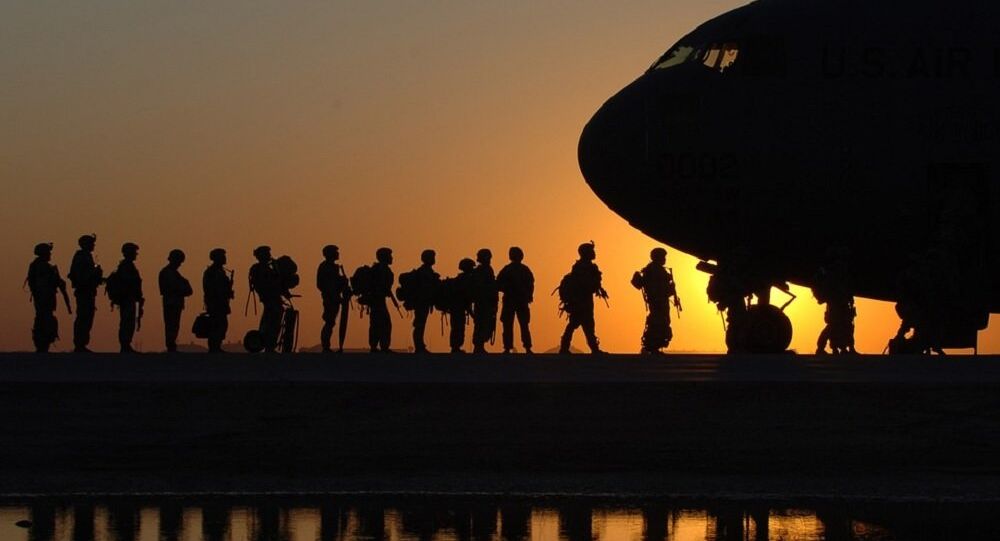 Trump: More Troops Being Sent to Border 'to Stop Attempted Invasion of Illegals'

WASHINGTON (Sputnik) - The United States is deploying additional troops to its border with Mexico to stop the attempted invasion of migrants trying to enter the country, US President Donald Trump said in a statement on Thursday.

"More troops being sent to the southern border to stop the attempted invasion of illegals, through large caravans, into our country," Trump said via Twitter. "We have stopped the previous caravans, and we will stop these also. With a wall, it would be soooo much easier and less expensive. Being built!"

According to reports that followed the statement, the US will deploy at least 3,000 additional troops at the Mexican border.

© REUTERS / Mike Blake
Backing for US Border Wall Hits Record High Among Republicans - Poll
The request for funding for border security and the construction of a border wall or physical barrier along the US-Mexico border has been a sticking point in negotiations between US President Donald Trump and Democrats amid the partial government shutdown.

Addressing the matter White House Press Secretary Sarah Sanders said on 26 January that the US President would start building the wall in three weeks, regardless of the stance of the Democratic Party on the issue.