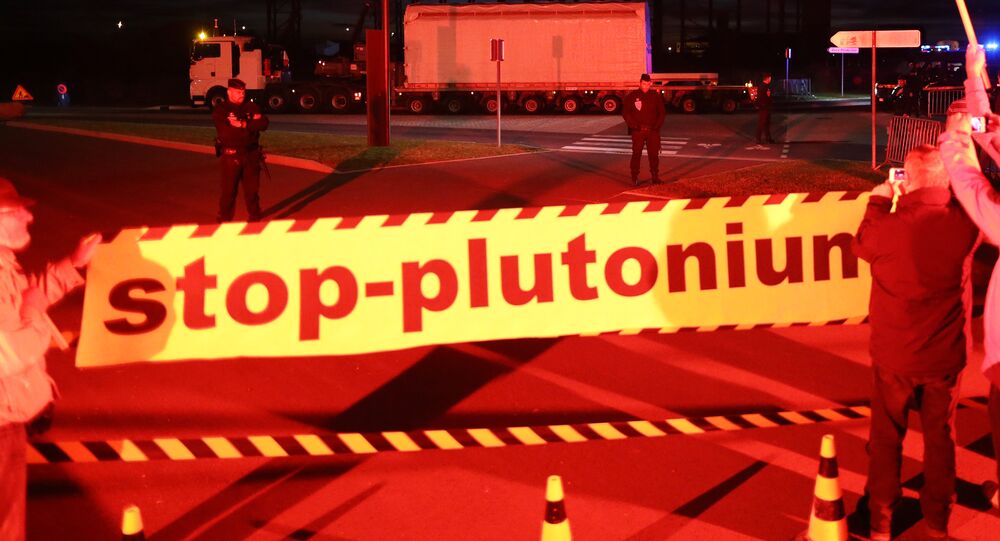 The shocking revelation has drawn the ire of US politicians from the state of Nevada, who said that the federal government had long sought to store nuclear waste there.

The US government revealed on Wednesday that it had secretly shipped deadly plutonium from the K-Reactor at the Savannah River Site in South Carolina that manufactured the radioactive metal for Cold War-era nuclear bombs to the Device Facility at the Nevada Nuclear Security Site before November 2018.

On behalf of the Department of Energy's National Nuclear Security Administration, the Justice Department stated in a notice filed with a Nevada court that it could disclose the transfer of half a metric tonne (1,100 pounds) because enough time had passed after the shipment to ensure national security.

© AFP 2020 / FARS NEWS
Plutonium Stolen From Texas Last Year Eludes US Authorities
The state of Nevada had previously attempted to prevent the envisaged shipment of the weapons-grade plutonium, and the revelation has sparked fury from politicians there.

Nevada Gov. Steve Sisolak said that he was "beyond outraged by this completely unacceptable deception" and announced that the state is seeking another court order to stop further transfers.

"They lied to the state of Nevada, misled a federal court, and jeopardised the safety of Nevada's families and environment", he said.

Democratic Sen. Jacky Rosen, for his part, criticised the government's decision as "deceitful and unethical", while Democratic Rep. Dina Titus claimed that the current administration had on multiple occasions attempted to turn Nevada into a dumping ground for nuclear waste.

© Sputnik / Vladimir Fedorenko
Russian Federation Council Suspends Agreement With US on Plutonium Disposal
In the meantime, Justice Department lawyers said in new court filings that no more shipments are planned to Nevada.

US District Judge Miranda Du in Reno is considering the state's earlier filing to block the Energy Department's plans to ship plutonium to Nevada from South Carolina, where a federal judge had previously ordered that the radioactive metal be removed from the Savannah River site by 2020.