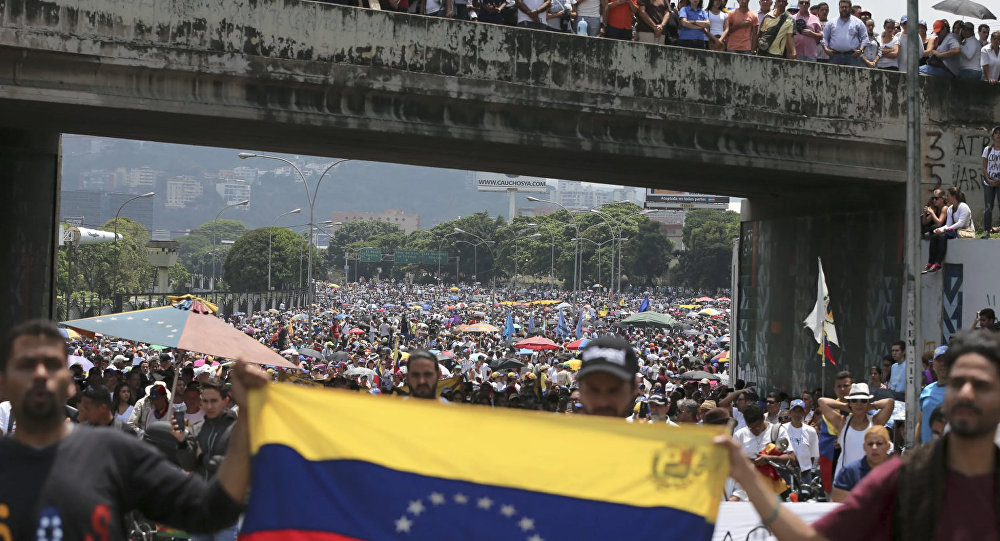 WASHINGTON (Sputnik) - The United States should avoid seeking a military option to overthrow the government of President Nicolas Maduro in Venezuela, former US Ambassador to Paraguay Timothy Towell told Sputnik.

"No, no. I am against it," Towell, a Foreign Service veteran with postings over three decades in Europe and South America and now president of the Foreign Policy Group, said. "No we don’t have to do this. The Cold War is over."

However, Towell advised against trying to blatantly topple the government of a sovereign state the way US presidents did a century ago and many times since.

"We don’t have to do what Teddy Roosevelt would have done hundred years ago — send the Marines there. All of us don’t do [have to do it]. We have militaries… but we don’t like to do that that because we are peaceful," he said.

"I don’t think it will happen. I don’t think people on either side [want a military confrontation] and it’s not just two sides," he said.

The United States had too many experiences of plunging into the internal affairs of other nations and then discovering it had massively miscalculated what the national responses of the population would be, Towell recalled.

"You’ve seen that over time the United States has inserted itself in other countries, sovereign countries… You don’t mess around with everything and insert yourself in everybody’s sovereign country except when it is clearly a situation that’s against strong US principles of democracy and freedom, and Venezuela has gotten that way now," Towell said. 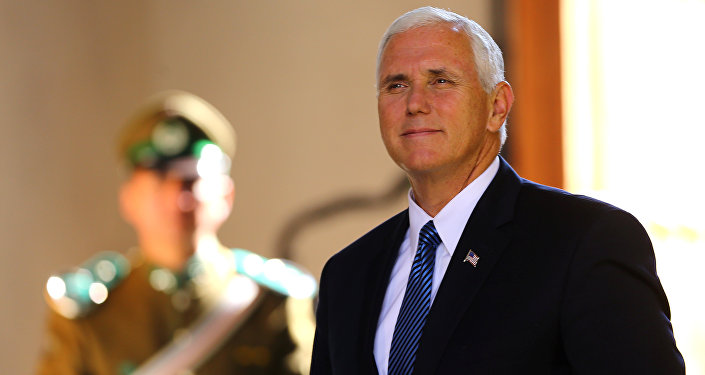 © REUTERS / Ivan Alvarado
Pence Expresses US Support For Guaido, Meeting With Venezuelan Diplomats - WH
Trump had his hands full with domestic issues and an energetic new hostile Democratic majority in the House of Representatives ready to confront him on a wide range of issues. All of this weighed against the president trying to open a risky new zone of conflict in Venezuela, Towell warned.

"The White House has enough problems, doesn’t it? So let them worry about their problems here in Washington and here in the United States of America," he said.

On Tuesday, Guaido said he would appoint diplomatic representatives in a number of countries, including the United States, Canada, Argentina, Colombia and the Lima Group.

The UK, Germany, France and Spain declared on Saturday their intention to recognize Juan Guaido as the country's interim president if Caracas does not announce snap presidential election within eight days.