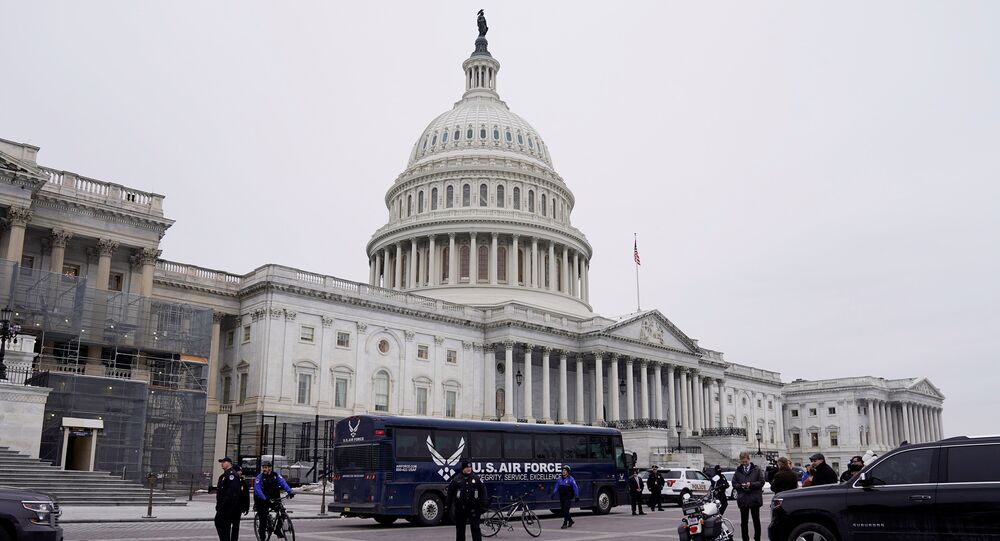 NEW YORK (Sputnik) – The recent US government shutdown took a toll on government cybersecurity and gave criminals the chance to carry out attacks against the United States, Senator Amy Klobuchar and other lawmakers said in a letter to the Department of Homeland Security and National Security Agency.

“Reports indicate that government cybersecurity teams, such as the Department of Homeland Security’s (DHS) Cybersecurity and Infrastructure Security Agency (CISA), were operating with less than half staff during the shutdown”, the letter said. “Experts have warned that our reduced capacity for cybersecurity during shutdowns provides an opportunity for adversaries and cybercriminals”.

The letter explained that during the shutdown, the digital security certificates for many government websites, including those operated by the US Department of Justice and NASA, expired.

READ MORE: United States of Dysfunction: Bracing for Next Govt Shutdown in 3 Weeks

© AP Photo / Joshua Roberts
The Matador & the Bull: Pelosi Outplays Trump in Ending Gov’t Shutdown - Report
The security certificates are necessary to protect online communications from foreign adversaries and cybercriminals. Furloughed government employees responsible for the renewal of expired certificates were not able to achieve this task due to the shutdown, the lawmakers said.

The letter, which was also signed by Senators Ed Markey, Tom Udall, Catherine Cortez Masto, Cory Booker and Jack Reed, called on the Trump administration to detail any cybersecurity breaches that may have occurred during the shutdown.

On Friday, US President Donald Trump signed a temporary three-week budget to end the shutdown without getting the $5.7 billion he had demanded from the Congress for a wall along the southern border.Trump is reportedly expected to continue talks with the Democrats on the full-fledged budget within next three weeks.

© REUTERS / Alexandre Meneghini
New US-Bound Migrant Caravan Departs From Honduras - Reports
The US federal government had been partially shut down since 22 December due to a funding dispute between Trump and congressional Democrats. Trump has asked Congress to authorize $5.7 billion to build a wall along the US border with Mexico, but Democrats have refused to meet the demand.

Trump has said that he could either declare a national emergency or shut down the government again if a border wall deal is not reached with Congress by 15 February.

United States of Dysfunction: Bracing for Next Govt Shutdown in 3 Weeks

Government Shutdown OVER, Trump's State of the Union Still on Hold