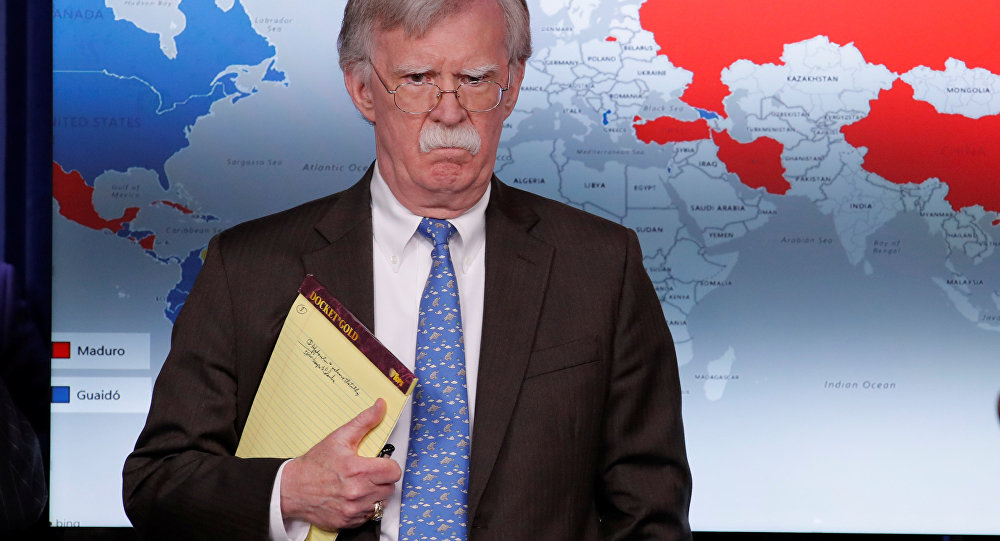 "We denounce the illegitimate former Venezuelan Attorney General's threats against President Juan Guaido", Bolton said via Twitter. "Let me reiterate — there will be serious consequences for those who attempt to subvert democracy and harm Guaido".

Earlier, Venezuela's Prosecutor General Tarek Saab announced his intention to conduct an investigation into Guaido and asked the Supreme Court to implement a travel ban. Guaido proclaimed last week himself the interim president of the country and was swiftly recognized by Washington and its allies.

On Monday, Bolton during a press conference announced that the United States was imposing sanctions on Venezuelan oil company PDVSA. US Treasury Secretary Steven Mnuchin said PDVSA could be relieved from US sanctions if it commits to the expeditious transfer of control to Guaido. 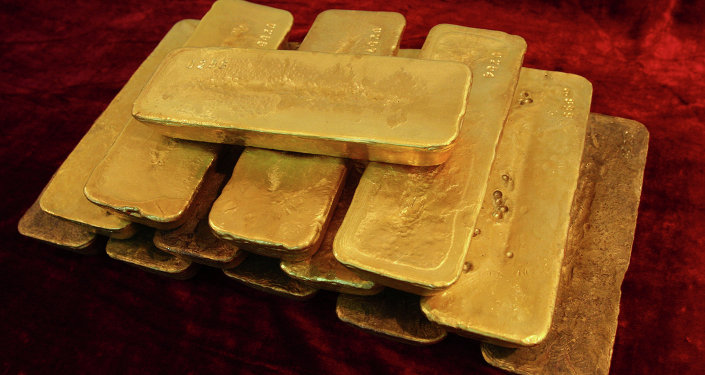 © Sputnik / Vitaliy Bezrukih
Bank of England Refusal to Return Gold to Venezuela 'Red Flag Warning for Others' - Expert
Last week a senior US administration official told reporters that "all options are on the table" for the United States if President Nicolas Maduro or any of his allies harm any members of the Venezuelan National Assembly or other legitimate government officials.

Maduro on Monday accused the United States of an attempt to "steal" the US-based Citgo energy company, a subsidiary of Venezuelan state-owned PDVSA oil and gas company, and called the new US sanctions against PDVSA illegal.

Maduro, the twice democratically elected president, has called the opposition leader a "US puppet", accused Washington of attempting to organize a coup in Venezuela and declared his intent to cut off diplomatic ties with the US.

© AP Photo / Fernando Llano
Maduro is Not Protecting Russian, Chinese Investment - Venezuela's Guaido
Other major powers including Russia and China, along with Turkey, have refused to support the Venezuelan opposition leader's move, instead backing Maduro as the country's legitimate president and demanding that other countries respect the principle of non-interference in the internal affairs of another sovereign state.

Earlier in the day, State Department spokesperson Robert Palladino confirmed in a statement that US Secretary of State Michael Pompeo has certified the authority for Juan Guaido to take control of some Venezuelan government assets.