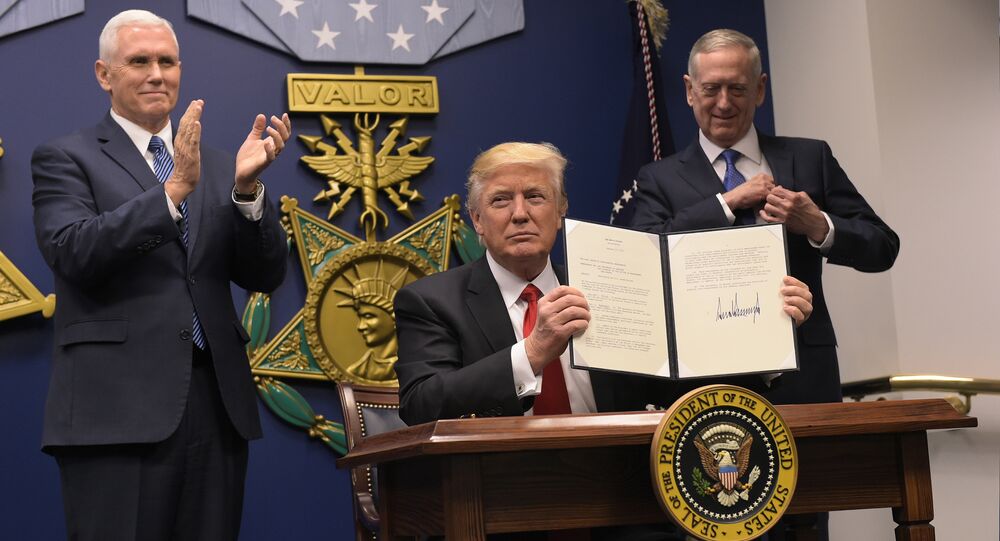 While Mike Pence, Ivanka Trump and Jared Kushner were all apparently listed on the dinner’s seating chart, the vice president’s office said that Pence actually declined his invitation “weeks ago”.

As ex-Defence Secretary James Pattis received a standing ovation at the elite Alfalfa Club dinner in Washington DC, it appears that a number of high-profile guests, including US Vice President Mike Pence himself, opted not to appear there despite being invited.

© AP Photo / Matt Dunham
Mattis Says Military in 'Best Possible Hands' as He Steps Down From Post
According to CNN, the vice president, along with Trump's daughter Ivanka Trump and her husband Jared Kushner skipped the event despite all of them being listed on the seating chart for the head table.

The vice president’s office, however, told the media outlet in a statement that Pence “declined the invitation weeks ago and was not scheduled to attend”.

When news of this development came to light, a number of social media users were quick to mock the no-shows.

Are they in jail already?

I’m guessing Pence and the Kushner’s weren’t missed at all.

They’re busy packing their bags and making sure their passports and disguises are in order.

They were afraid of an FBI takedown.

​James Mattis announced his resignation from the position of US defence secretary on 19 December, amid criticism of US President Donald Trump’s decision to start pulling US troops out of Syria.