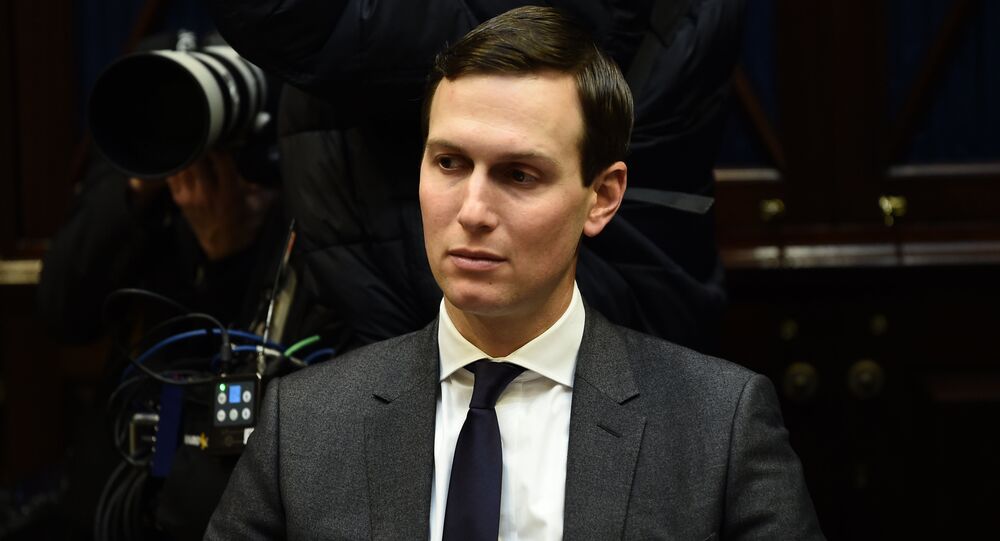 Late last week, the Washington Post reported that Kushner attempted to take over government shutdown talks and assured President Trump he could solve the deadlock that the country was trapped in and reach a deal with Democrats on funding a border wall worth $5.7 billion.

Donald Trump's trust in Jared Kushner faded after the US president's son-in-law and senior adviser failed to help secure a deal on resolving the longest government shutdown in the country's history, the New York Times reports.

"[Trump] has been frustrated at everyone around him for not delivering a deal he can accept. And he has become wary of his son-in-law’s advice on this issue, "the newspaper cited two White House sources as saying.

Their remarks followed a report by the Washington Post which claimed that during an Oval Office meeting last week, Kushner spoke up about immigration expertise and possibilities to end the government shutdown.

"Apparently, Jared has become an expert on immigration in the last 48 hours", Trump said in response, according to the newspaper.

"It's no wonder the president asked him to join the negotiating team to work on a deal to open the government and secure our border," Sanders added.

Late last week, Trump announced the start of talks with the Democratic Party over border wall funding after the temporary end to the month-long partial government shutdown was declared on 25 January.

© AP Photo / Richard Drew
Shutdown Aftermath: No Trump Wall, $6 Billion Lost, Says Wall Street
On 22 December, Trump ordered the closure of a quarter of US government agencies after Democratic lawmakers, who have a majority in the lower chamber of Congress, flatly rejected his request for $5.7 billion in funding for a physical barrier on the US southern border.

Trump has repeatedly called for the construction of a physical barrier — a wall or a see-through fence — at the US-Mexico border, claiming that it would help the country tackle undocumented immigration-related problems, including drug smuggling and human trafficking.