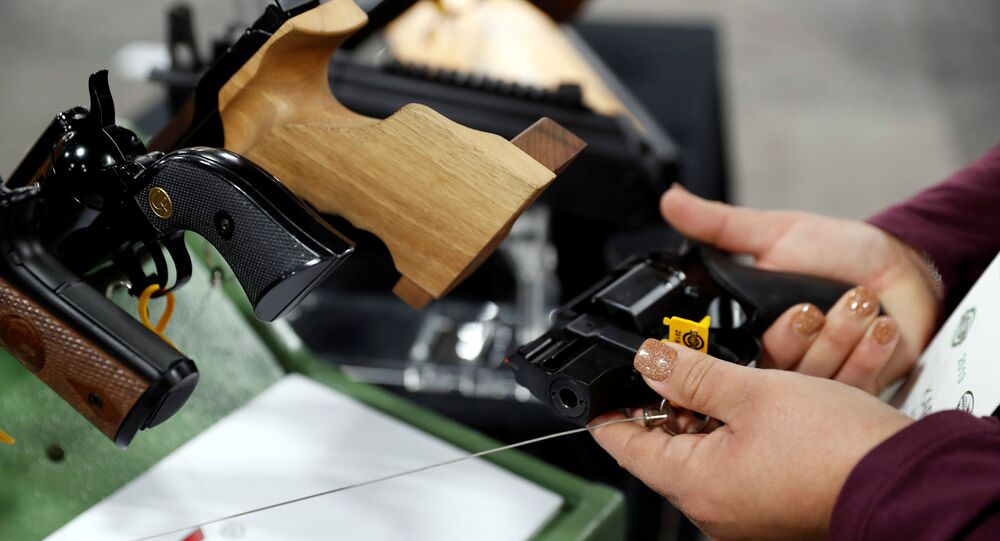 A police officer in the US is accused of killing his colleague while playing Russian roulette, according to Sky News.

© CC0
Manhunt Is on in California After Illegal Suspect Shot Police Officer
According to the investigation, the two officers had been playing an improved version of "Russian roulette" — they took turns pointing a revolver with one bullet in the drum at each other and pulling the trigger. Another officer who was on the scene repeatedly insisted that they put an end to the dangerous game, but they failed to heed the advice.

When Hendren once again pointed the gun at Alix, he shot her right in the chest. The young woman died in the hospital. Alix, a military veteran who is survived by her husband, had graduated from the St. Louis Police Academy in 2017.

"Katie was one of a kind. There will never be another Katie," Alix's mother Aimee told News 4.

Hendren has been charged with two crimes: manslaughter and armed criminal action.