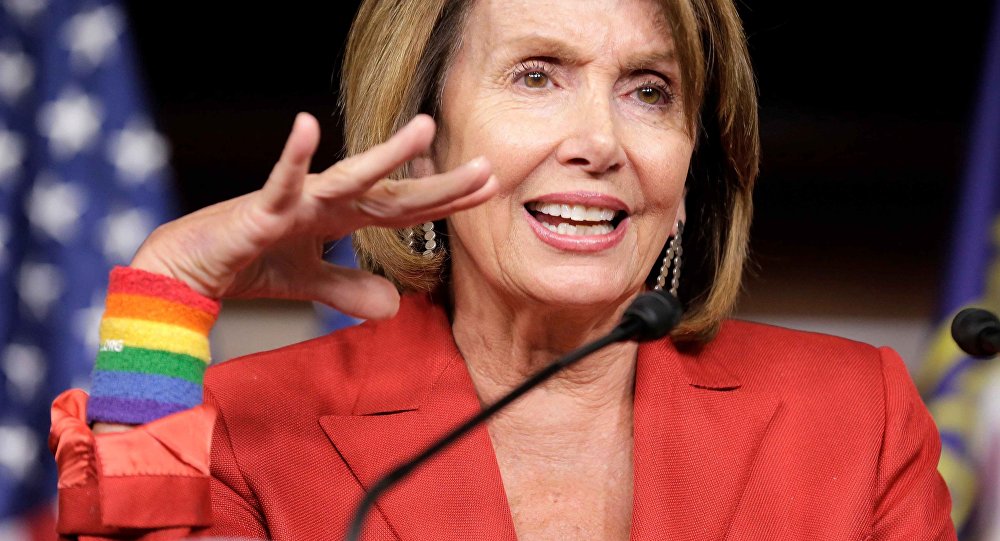 Despite President Donald Trump ending the government shutdown, his State of the Union address remains unsettled. Speaker Nancy Pelosi is still not allowing the House Floor to be used for his speech on 29 January.

© AP Photo / Evan Vucci
No Thank You: Speaker Pelosi Denies Trump's Request for State of the Union
After Trump's announcement of the government reopening, Pelosi told reporters that a date would be worked out for the president's address.

The State of the Union Is...Petty, Trump Cancels Pelosi's Trip

The State of the Union is...Not Happening?

State of the Union: Better or Worse?

State of the Union 2018: Trump's Chance to Strike Back at His Opponents