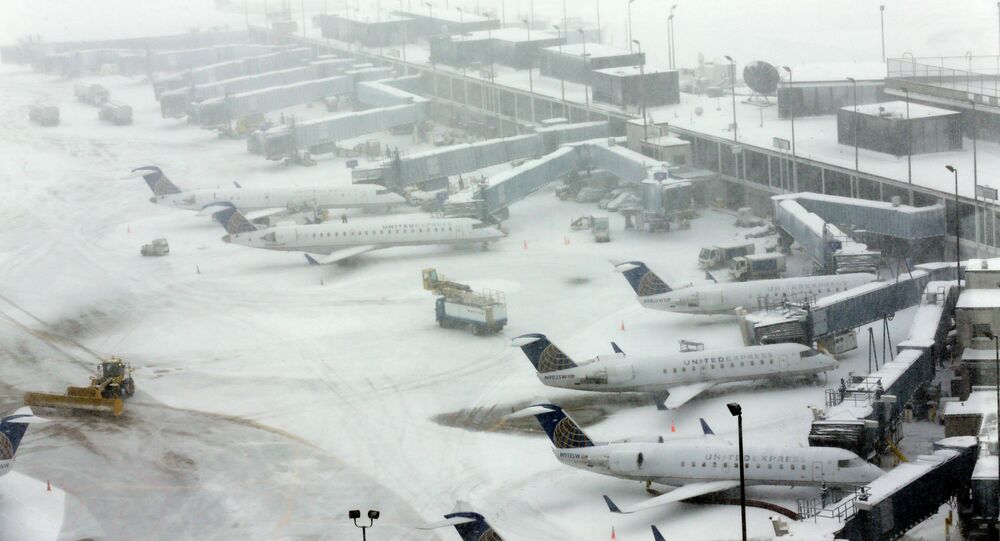 The last time the US was pummeled by a snow and ice storm of comparable magnitude was in early 2014, when heavy snowfall and crippling ice left hundreds of thousands of people without power, grounded over 2,000 flights, and resulted in the death of nearly two dozen people.

The US Midwest is bracing for a potentially historic cold snap caused by the polar vortex extending southward into the Great Lakes area, USA Today reports, citing a National Weather Service (NWS) forecasts.

The cold snap, which the NWS has described as potentially "unprecedented," "brutal" and "life-threatening," is expected to touch down in the US in the middle of next week, affecting nearly 200 million people from the Midwest and the Great Lakes regions to the eastern seaboard, all the way down to Florida.

Wonderful way to visualize the polar vortex…
The features arrive from the Canadian Arctic — and sometimes they make it into the Lower 48
e.g. GFS (tropopause temperatures) pic.twitter.com/oEvyFdpLdw

According to the Weather Channel, the cold Arctic air will leave Minneapolis, Chicago, Detroit, Des Moines, Iowa and the Ohio Valley facing subzero temperatures as low as —29 degrees Celsius, nearing or dipping below seasonal temperatures in much of the Arctic itself, including Greenland, northern Canada and Alaska.

Keeping things upbeat, some meteorologists have dubbed the coming storm "Barney", as in Barney the Dinosaur, due to forecast maps' use of the colour purple to indicate extremely cold temperatures.

The polar vortexes, rotating counter-clockwise relative to the earth's orbit around the Sun around the planet's poles, help keep temperatures low in these regions. During the winter in the northern hemisphere, the Arctic polar vortex expands, sending its cold air south. The phenomenon was popularised during the cold North American winter of 2014, but affects areas of Europe, and Asia as well, with notable cold bursts reported in North America in 1977, 1982, 1985 and 1989, according to the National Weather Service.

Golden Retriever Loves Playing in the Snow, Defies Owner's Command to go Inside

Magic of Winter: Stunning Ice and Snow Sculptures All Over the Globe