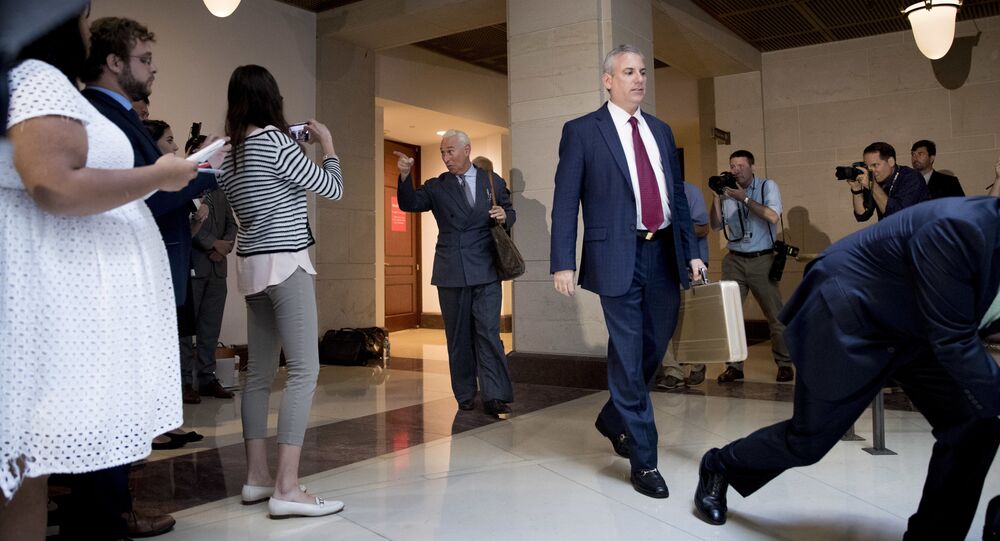 Former Trump adviser Roger Stone was arrested in Florida on Friday after being indicted by the FBI special counsel investigating alleged Russian meddling in the 2016 presidential campaign.

Stone attorney Grant Smith believes the Mueller indictment against his client is an attempt to silence Stone.

"There was no Russian collusion, it's a clear attempt at silencing Roger," Smith said, speaking to ABC News.

"This was an investigation they started as about Russian collusion and now they're charging Roger Stone with lying to Congress about something he honestly forgot about, and as Roger has stated publicly before, he will fight the charges," Smith added.

Stone was released on a $250,000 bond, and was restricted from traveling outside South Florida, Washington D.C and New York City. He was also restricted from contacting any other witnesses in the case.

Speaking to reporters outside the courthouse following his release on bail, Stone said that he would plead 'not guilty' and defeat what he described as the "politically motivated" charges against him. "There is no circumstance whatsoever under which I will bear false witness against the president," he noted.

The former Trump adviser previously indicated that he wouldn't be surprised if he was indicted under the Mueller probe, which both he and President Trump have described as a "witch hunt."

The investigation surrounding Stone revolves around the WikiLeaks leak of hacked Democratic National Committee emails in 2016, and alleged contact between Stone and WikiLeaks founder Julian Assange. During the campaign, Clinton campaign chairman John Podesta accused Stone and his associates of having prior knowledge of the WikiLeaks leak, a charge the strategist denied.

With the special counsel investigation formed to probe claims of Russian attempts to meddle in the 2016 election approaching its second year, Robert Mueller and his team have yet to present any evidence of Russian meddling or Trump-Russia collusion. The investigation has succeeded in issuing numerous supoenas and indictments against multiple Trump associates, including former campaign chairman Paul Manifort and Trump lawyer Michael Cohen, although the charges have been limited to personal wrong-doing, including bank and tax fraud and campaign finance violations, issues unrelated to the Russiagate claims.