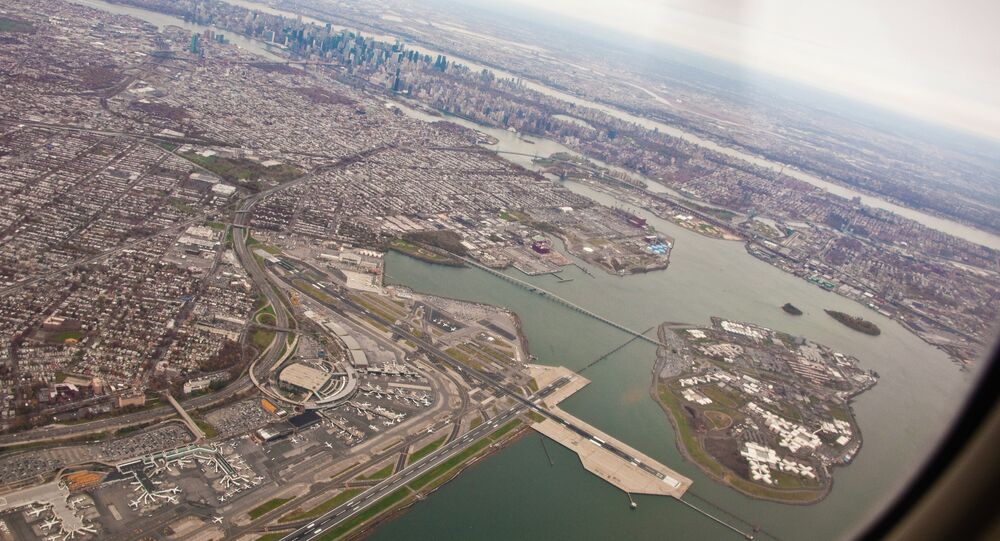 The flights have been halted amid a US government shutdown that resulted in shortages of staff.

In addition, flights have been delayed in Philadelphia and Newark, the official body said on its website.

The administration said in a statement that it has been witnessing an increase in the number of workers taking sick leave.

"We have experienced a slight increase in sick leave at two air traffic control facilities affecting New York and Florida. As with severe storms, we will adjust operations to a safe rate to match available controller resources. We've mitigated the impact by augmenting staffing, rerouting traffic, and increasing spacing between aircraft as needed," the FAA said.

© AP Photo / Andrew Harnik
Trump Grounds All Congressional Air Travel on Government-Owned Planes Amid Shutdown Showdown
Following the reports, White House Press Secretary Sarah Sander stated that the US authorities were "monitoring the ongoing delays at some airports," and were "in regular contact with officials at the Department of Transportation and the FAA."

Commenting on the situation in the airport later in the day, Delta Air Lines said that it was experiencing about 200 flight delays after a staffing shortage at two air traffic control facilities due to the ongoing partial US government shutdown caused a temporary ground stop at New York’s LaGuardia airport and delays at other airports.

"As of Friday morning, Delta is experiencing about 200 flight delays at New York’s LaGuardia Airport as well as other airports in the Northeast region due to the [Federal Aviation Administration’s] Ground Delay Program," the statement said.

Delta is advising its customers travelling on Friday to check their flight status before heading to airports.

The Federal Aviation Administration's statement follows Thursday reports that trade unions of US air traffic controllers, pilots, and flight attendants issued a warning to the Congress and the White House that the US government shutdown posed an "unprecedented" threat to air safety, stressing that the situation was deteriorating due to understaffing and overtime work without pay.

This comes amid the US federal government's partial shutdown, which has been ongoing since 22 December, due to the dispute between Trump and congressional Democrats over funds to build a border wall. Trump asked Congress to provide $5.7 billion for the wall, but Democrats refused to meet his demand.

Some 800,000 federal workers have been furloughed or are working without pay because of the government shutdown.