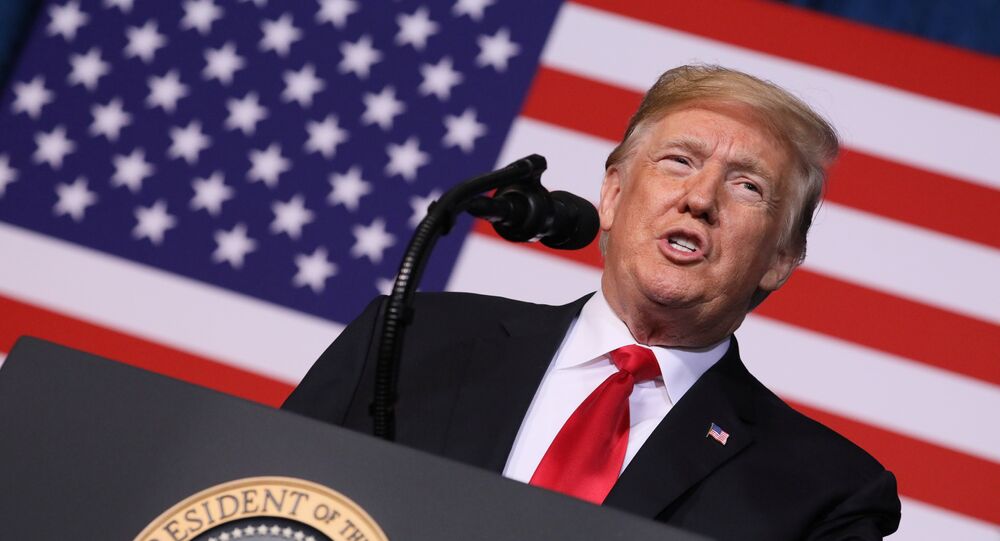 The White House is preparing a draft proclamation for President Trump to declare a national emergency along the southern border, identifying $7 billion in potential funds pulled from other existing funds, according to internal documents obtained by CNN.

"The massive amount of aliens who unlawfully enter the United States each day is a direct threat to the safety and security of our nation and constitutes a national emergency," the draft of a presidential proclamation reported by CNN reads.

READ MORE: Trump Mulls Temporary Reopening of Government if He Gets 'Down Payment' for Wall

"Now, therefore, I, Donald J. Trump, by the authority vested in me by the Constitution and the laws of the United States of America, including the National Emergencies Act (50 U.S.C 1601, et seq.), hereby declare that a national emergency exists at the southern border of the United States," the draft reportedly adds.

An official confirmed to CNN that the draft proclamation was updated as recently as last week.

The administration reportedly could pull around $7 billion in total for the building of a border wall and solve the southern border crisis: $681 million from Treasury forfeiture funds, $3.6 billion in military construction, $3 billion in Pentagon civil works funds, and $200 million in Department of Homeland Security funds, the official said.

© AFP 2021 / Geoff Robins
The Wall vs. The Hole: How Trump and Trudeau are Worlds Apart on Illegal Immigration
Trump previously hinted that he might declare a national emergency in order to secure funds to build a wall along the border with Mexico, but followed up by stating that he would prefer to reach a deal with Congress. However, Sens. Chuck Schumer (D-NY) and Mitch McConnell (R-KY) met Thursday afternoon to discuss the impasse after two bills failed to gain approval.

The longest shutdown in US history was caused by a standoff between Trump and the Democrats over the president's demand for funds to maintain southern border security. Trump is asking Congress to approve $5.7 billion to deal with a crisis on the US-Mexico border, including building a border wall, but Democrats refuse to provide funds for any physical barrier.