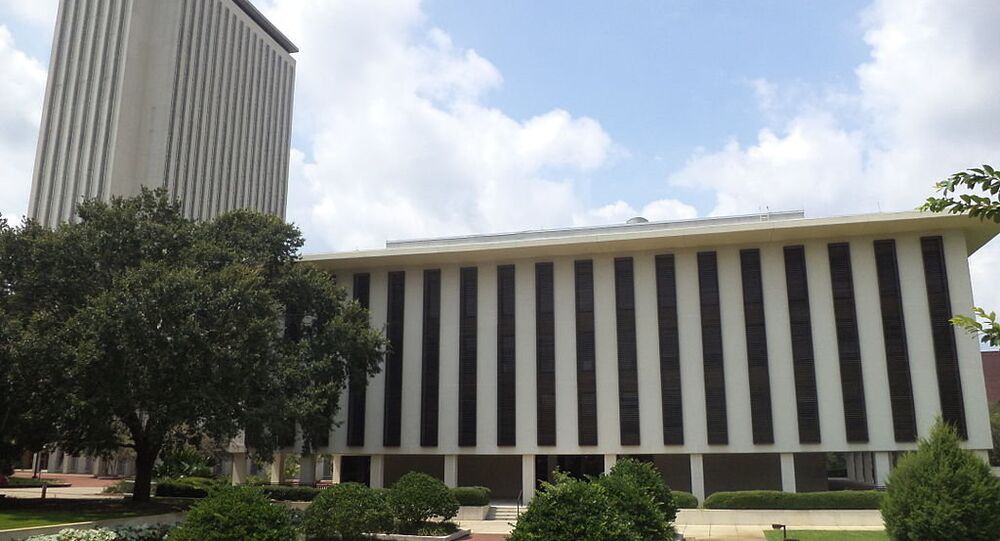 Michael Ertel, Florida’s new secretary of state, has already resigned from office after photos emerged of him in blackface at a Halloween party more than a decade ago. The costume mocked black victims of Hurricane Katrina, which devastated southern Louisiana and killed almost 2,000 people.

"The governor accepted Secretary Ertel's resignation," the office of newly elected Florida Governor Ron DeSantis said Thursday. Ertel, 49, quickly quit his post after the Tallahassee Democrat published photos of him at a private Halloween party 14 years ago in drag and with his skin darkened.

In the photos, Ertel is seen with red lipstick, a bandanna for the New Orleans Saints football team and a t-shirt labeling him "Katrina Victim," in addition to the blackface makeup.

#BreakingNews: #Florida Secretary of State Michael Ertel resigns after pictures of him dressed in blackface as a #Katrina evacuee surface, according to the @TDOnline. More on #Fox35 at 5:00. pic.twitter.com/IaAuYJ6S1V

​Blackface comes from the practice of minstrelsy, a stage act from the 19th century in which white performers dressed as crude caricatures of black people that portrayed them as bumbling and uncivilized fools for the amusement of white audiences.

This is Florida's now former Secretary of State. He just started on December 28th but these pictures of him dressed as a Hurricane Katrina survivor in blackface just surfaced and now he's resigned. He was appointed by new Governor and longtime racist Ron DeSantis. pic.twitter.com/XDkX1PSyFU

​The Democrat noted that the photos, taken in 2005, were taken eight months after Ertel became Seminole County's supervisor of elections and only two months after Katrina struck the Mississippi River Delta, submerging 80 percent of the city of New Orleans and killing at least 1,836 people.

"It's unfortunate. He's done a lot of good work," DeSantis said at a news conference in Marianna that was, ironically enough, dedicated to the topic of hurricane relief. DeSantis said he accepted the resignation because "I don't want to get mired in side controversies."