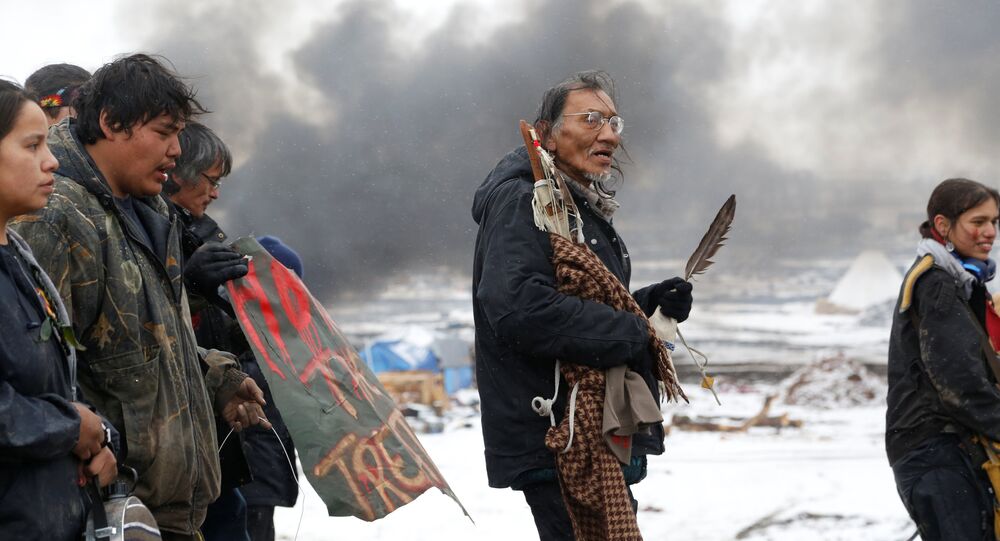 False reports started circulating after Nathan Phillips used a similar sounding wording in a number of interviews, but on second thought it was noticed that he is too young to have been on active duty during the 1955-1975 conflict.

The Native American man captured on camera as he approached a group of US Catholic students at the Lincoln Memorial is not a veteran of the Vietnam War, like it was earlier reported, a service record obtained by the Daily Mail has suggested.

They state that Nathan Philips, who hit the headlines after a backlash over reports that the elder was “taunted” by the schoolboys, had served in the Marine Corps Reserves from June 1972 until May 1976 but was never deployed himself. He was found to have spent the reaming time of his service as a refrigerator technician until 1976, when he left service following of a string of disciplinary issues.

While an organization representing him, the Lakota People's Law Project, portrayed him as a Vietnam veteran in its press release, which is an error that its leader, Daniel Paul Nelson, apologized for. The reason is that in interviews since the confrontation, including one with the magazine Vogue in April 2018, Phillips never directly said that he served in Vietnam, but instead called himself a “Vietnam times veteran”.

“You know, I’m from Vietnam times. I’m what they call a recon ranger. That was my role”, he told Vogue.

Questions about his alleged participation in the conflict came along after it emerged that Phillips is 63 years old, which means he is not sufficiently old to have been on active duty at the time.

The issue, which dates back to last week’s March for Life in Washington D.C., has rapidly growing into a national debate. The schoolboys involved in the incident  said that they have received multiple threats, ranging from being sexually abused to getting burned alive, after a video of the confrontation with the Native American elder, Nathan Philips, went viral.

The students were accused of mocking him, with Phillips himself stating that he felt threatened by the boys. Nick Sandmann, one of the students involved, has since pointed out that Phillips waded into a confrontation that was already taking place between the school students  and a group of  protesters from the Black Hebrew Israelites group, filmed shouting slurs such as “cracker” and “f****t” at the boys before the altercation with Phillips took place.

Sandmann denied outright being confrontational, with the boys pointing out that they stood motionless and hesitant about how to react as Philips approached them, beating a drum in their faces. Philips has stated that the issue has grown bigger than merely a rally altercation and a discussion should from now on involve indigenous communities and the Catholic Church.