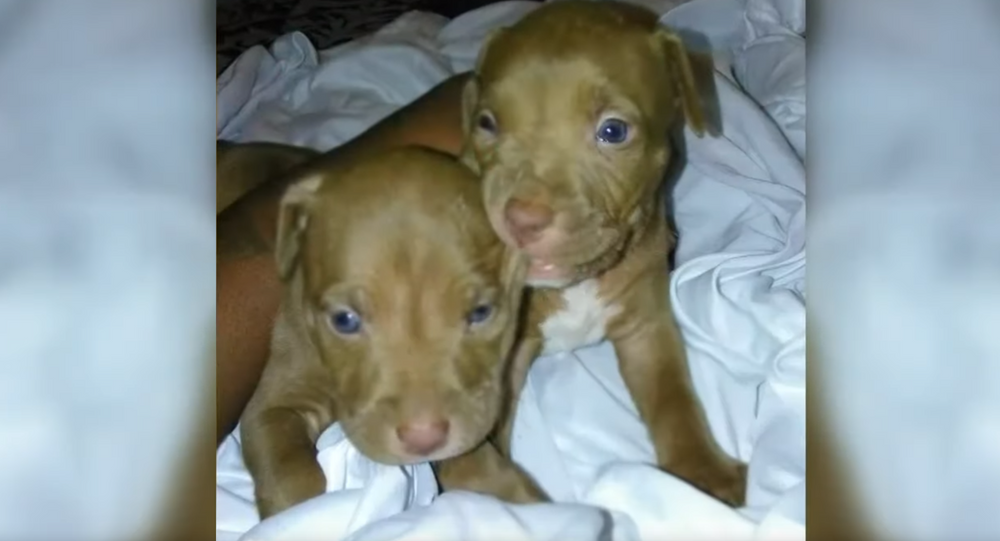 Police in Washington, DC, and Maryland are searching for a suspect who is said to have stolen two pit bull puppies while holding their owner at gunpoint in the southeast region of the US capital.

Two tan pit bull puppies, aged only two months old, were taken from their owner Marquitta Bennett Sunday while on an early afternoon walk. According to DC detectives, the armed man "brandished a handgun and demanded the puppies," identified as Rambo and Stone, around the 5100 block of Southern Avenue, SE.

The owner says both puppies are male, and one has a black collar while the other has a blue collar.

A Southeast resident was robbed at gunpoint yesterday of her two male Pitbull puppies. Help us find the suspect and return the two 🐶🐶 to their owner. See press release for more info: https://t.co/JREXhk4kQM pic.twitter.com/vx3d6zjiF6

Bennett also describes the suspect as an approximately 5-foot-5-inch black man with a dark complexion, who appears to weigh between 130 and 135 pounds and is in his 20s. She added that he was wearing a black puffy coat, black knit hat and black sweatpants.

He is said to have fled from the Southern Avenue in Southeast toward Heath Street in Capitol Heights, Maryland, and is considered to be "armed and dangerous," by local authorities.

"My whole mind frame was him actually pulling that trigger," Bennett told NBC4 Monday. "And I'm getting killed over some dogs."

With Bennett only having the puppies since they were four weeks old, the breeder is said to have offered her two more pups from the next available pit bull litter, but it's unknown whether she plans to accept.

It is unknown why the pit bull puppies were targeted; however, the Humane Rescue Alliance recently seized a number of dogs and opened an investigation into a possible dog fighting ring in Northeast Washington, DC, according to ABC7.

DC police's Monday press release provides a phone number through which anyone with relevant knowledge of the incident can provide details and is currently offering $10,000 if their tip leads to an arrest and conviction.

In It Together: Pit Bull Gives Birth, Presents Pups to Owner