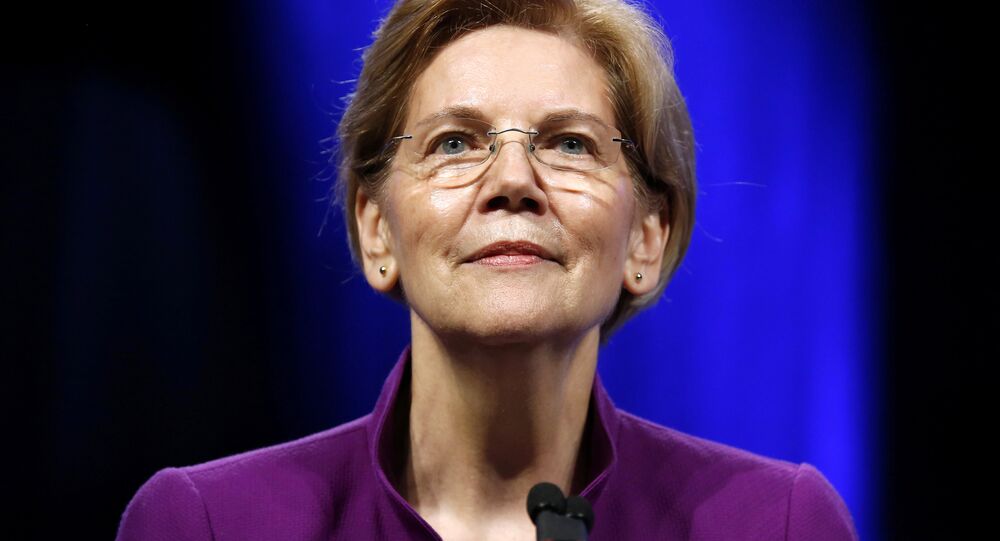 WASHINGTON (Sputnik) - Treasury Secretary Steven Mnuchin and chief executives of six major US banks should provide details of a series of telephone calls on December 23, in which Mnuchin asked whether the banks had adequate liquidity following a week of sharp declines in stock markets, Senator Warren said.

"Given the role of liquidity problems in the 2008 financial crisis, the Senator has requested responses from Mr. Mnuchin to better understand the risks to the US banking system that triggered his concerns," Senator Elizabeth Warren said in a press release on Friday.

The official wrote that the public announcement of the calls was a rare step for a Treasury Secretary to take.

"Your calls sought to assuage a concern — the liquidity of banks — that neither banking regulators nor executives had publicly indicated was a problem," Warren said.

© AP Photo / Jacquelyn Martin
Largest US Banks Assure Gov't of Having Enough Liquidity for Lending - Treasury Secretary
This comes after Mnuchin made the calls on a Sunday after the Standard & Poor’s 500 Index had fallen more than 7 percent in the previous week. In addition, the partial government shutdown had begun a day earlier and President Donald Trump had criticized Federal Reserve Chairman Jerome Powell over stock losses and recent interest rate hikes.

While Mnuchin’s calls were intended to reassure markets, the initiative apparently backfired, as Warren noted, when the S&P 500 fell 2.7 percent after Mnuchin’s calls.

Warren is seeking a summary of the six calls to the CEOs, including copies of any documentation, notes, or other written analyses produced in conjunction with the call; and copies of all internal and external Treasury Department communications scheduling the call, according to the letter.