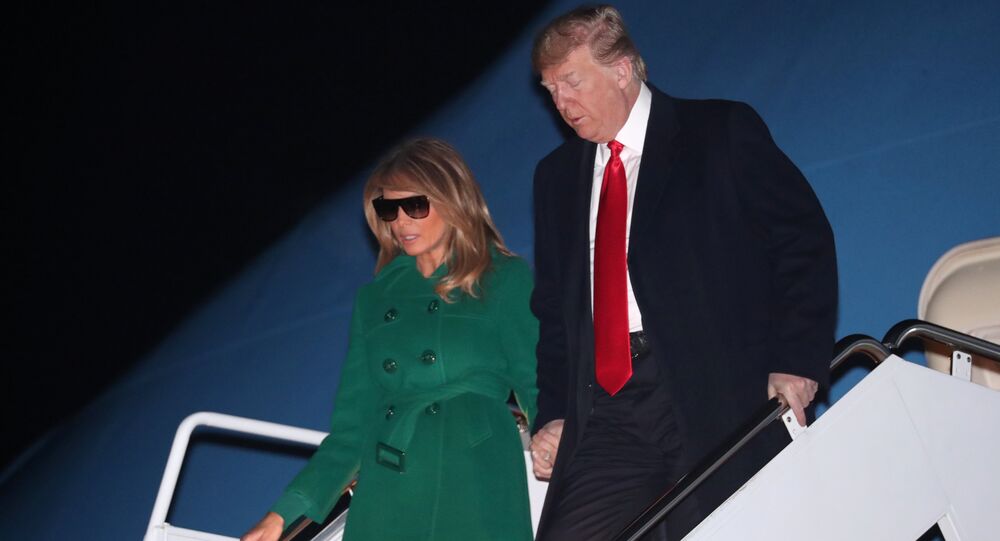 A recent report has suggested that Melania Trump has gone on a fun weekend getaway in Florida - something angry commenters say is funded by taxpayers' dollars. The First Lady's alleged trip comes at a time when nearly 800,000 federal workers have missed their paychecks due to Donald Trump's fight over border funding with Democrats in the House.

Melania Trump reportedly boarded a government jet to fly to her husband's private Florida resort, Mar-a-Lago, hours after he cancelled House Speaker Nancy Pelosi's trip to visit Brussels and to US troops in Afghanistan due to the longest government shutdown in US history.

Politico's Jake Sherman learned about the unannounced flight as he was listening to air traffic control, noting that a flight designated EXEC1F (a call-sign used to refer to an aircraft carrying the president's family members, but not the president himself) was departing Andrews Air Force Base in Maryland for Palm Beach, a Florida town several miles away from Mar-a-Lago.

According to The Washington Post's estimates, which cite a 2016 Government Accountability Office report, a trip to Palm Beach could cost up to $3.6 million, including the cost of aircraft and coast guard protection.

Melania Trump had more luck with her travel plans than Nany Pelosi, who recently became speaker of the US House of Representatives.

"We will reschedule this seven-day excursion when the shutdown is over. In light of the 800,000 great American workers not receiving pay, I am sure you would agree that postponing this public relations event is totally appropriate", he said in a statement.

"I also feel that, during this period, it would be better if you were in Washington negotiating with me and joining the strong border security movement to end the shutdown. Obviously, if you would like to make your journey by flying commercial, that would certainly be your prerogative."

Donald Trump ordered to shut down part of US government agencies in December after the Democratic majority in the House of Representatives failed to satisfy his demand for $5.6 billion in border funding, including for his long-promised wall on the US-Mexico border.

Trump has repeatedly called on the Dems to come and negotiate an end to the shutdown, which has seen some 800,000 government employees affected by a lapse in funding, which is expected to continue until Trump signs a Senate-approved spending bill.