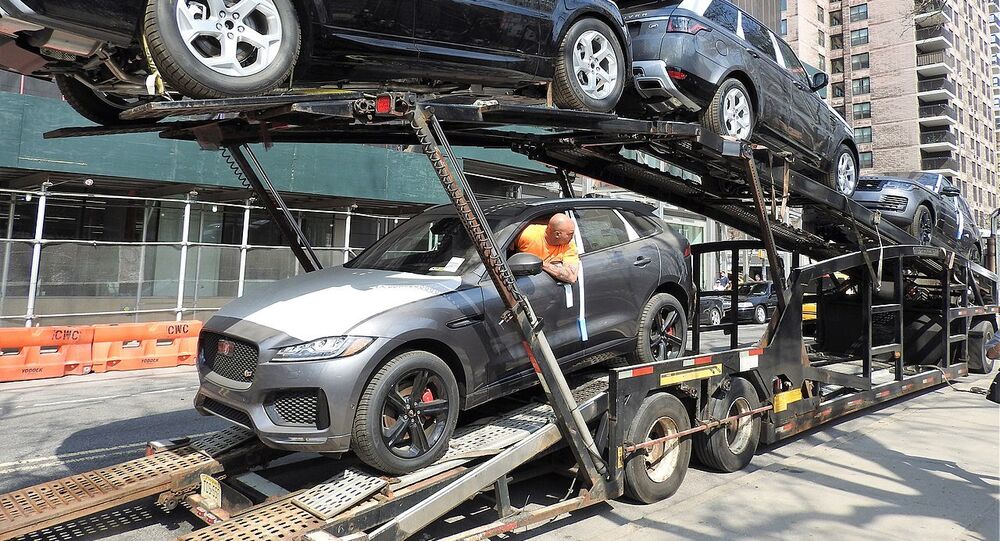 Despite opposing the tariffs, the senator said they could prove to be an "effective tool" in pushing the US' international trade partners to sit down for bilateral trade negotiations.

President Donald Trump will likely go ahead with tariffs on imported vehicles, in a move that may prod the European Union to negotiate and agree a new trade deal with Washington, Republican Senator Charles Grassley has said.

"I think the president's inclined to do it. I think Europe [is] very concerned about those tariffs […] It may be the instrument that gets Europe to negotiate," the senator, who also serves as the chairman of the Senate Finance Committee, pointed out.

Grassley added that even though he does not like new tariffs, they are "a fact of life when Trump is in the White House", adding that they can become an "effective tool" to make Canada, China, Mexico and other countries sit down for trade talks.

His remarks came after European Union Trade Commissioner Cecilia Malmstrom said in mid-November that the EU had prepared a list of potential retaliation targets in case President Trump decides to impose auto tariffs on the bloc.

She earlier said that if Washington finally decides to impose duties on European cars, the EU Commission will introduce tariffs worth at least $20 billion on US goods.

The statement followed The Washington Post citing a few sources as saying that Trump threatened to slap 25 per cent levies on imported autos, light trucks, vans, SUVs and parts from the European Union.

Automakers, including big US companies like Ford and GM, reportedly expressed concern at the time that if imposed, the tariffs would increase costs by nearly $7,000 for imports and more than $2,000 for domestically produced vehicles.

During his meeting with European Commission President Jean-Claude Juncker in July, Trump proposed a mutual cancellation of "all tariffs, barriers and subsidies" in trade with the European Union in order to facilitate "fair trade."

Trump expressed hope that the transatlantic partners would manage to negotiate a fair and reciprocal trade agreement, adding that he expects "something very positive to take place" during the talks with the EU.

© REUTERS / Joshua Roberts
Trump Has Extracted 'a Lot of Concessions' From EU on Trade – Professor
In late June, the US president warned in a Tweet that if the European Union does not remove tariffs and trade barriers against the United States soon, his administration would place a 20 per cent tariff on all cars coming from the union.

The US president first mentioned the introduction of tariffs in March and has been contemplating their use ever since.