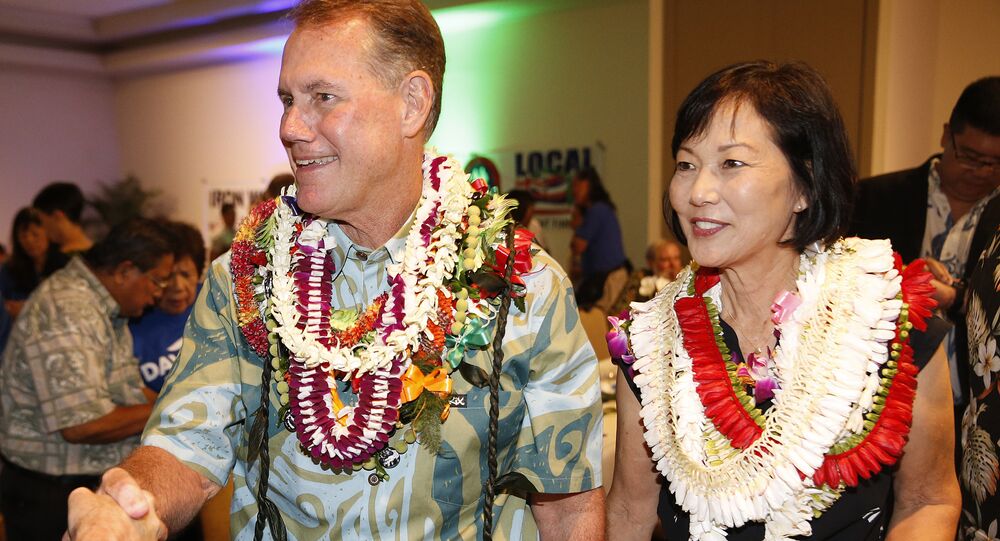 A spokesman for Ed Case explained that the newly sworn-in congressman was referencing something that his Japanese-American wife says about him, but some accused him of trying to score political points by playing the race card.

"I'm an Asian trapped in a white body," Case claimed on Tuesday at a Washington, D.C. event dedicated to newly minted members of Congress with Asian American and Pacific Islander roots.

Congressman Ed Case, who represents a majority Asian district in Honolulu — “I’m an Asian trapped in a white body” pic.twitter.com/Roro6Yk8CW

Case's remarks immediately splashed across social media, with some people claiming they were a publicity stunt, given that his state is home to the largest share of Asian Americans in the US.

It means that he's totally bought into identity politics and has no way of connecting to his constituents other than race.

I can't imagine being trapped inside another body. How do you think he got in there?

"All he had to do was not say that," wrote a user.

Another commenter accused Ed Case of being a "creepy Asiaphile".

Some leapt to his defence, however, claiming that one can identify as whoever he or she wants to be.

If Congressman Ed Case thinks he's Asian, let him be asian. We have much bigger problems right now.

Well these days anybody is allowed To identify with what they want to, soooo…

In response to the outcry, the 66-year-old congressman said that he was "fiercely proud" to represent his district and meant to pay due respect to Hawaiian multicultural heritage.

"I regret if my specific remarks to the national API community on my full absorption of their concerns caused any offence", he added.

Ed Case represented Hawaii in the House between 2002 and 2007. He announced the end of his political career in 2013, confirming that he was joining the Outrigger Enterprises Group, a Hawaii-based company operating beach resorts worldwide.

In 2018, however, he made a successful comeback to politics, defeating half a dozen Democratic rivals in the primary and went on to win the general election for Hawaii's 1st Congressional District with 73.1 per cent of the vote.