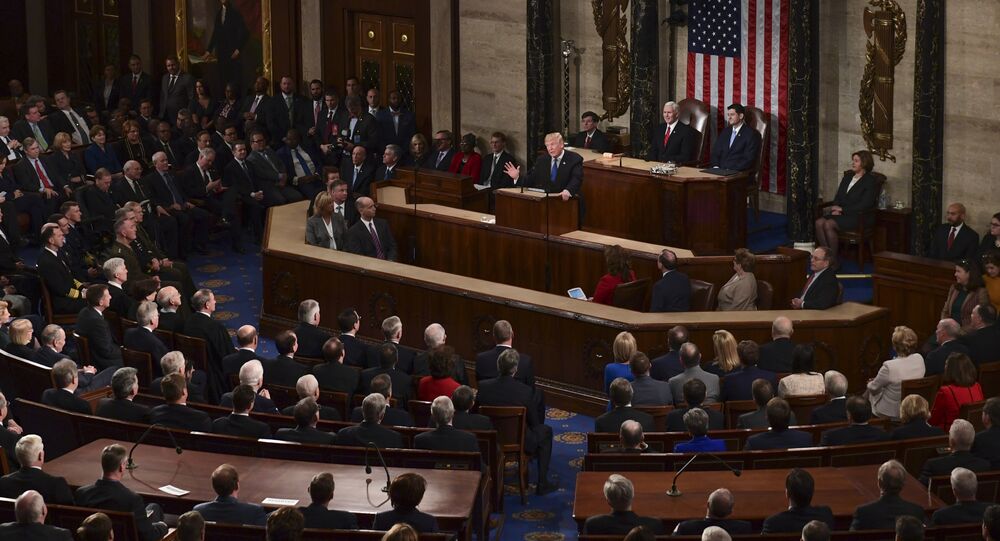 Wednesday marked day 26 of the longest US federal government shutdown in the US history amid a political stalemate over border security funding that has no end in sight.

US Senate Democratic leader Chuck Schumer told reporters on Wednesday that US President Donald Trump's State of the Union speech, set for 29 January, should be delayed if the US government is still shut.

"If it continues to be closed on the 29th, I think it's a good idea to delay it until the government is open", Schumer was quoted as saying by Reuters.

© CC BY 2.0 / Tony Hisgett / US Coast Guard
US Coast Guard Becomes First Military Service Branch to Work Without Pay
Earlier in the day, US House Speaker Nancy Pelosi also called on the US president to delay his State of the Union address until an agreement can be reached to reopen the federal government. Nancy Pelosi suggested that if Trump still wants to deliver his speech, as it is scheduled now, he should hand it over to the US Congress in written form.

According to Article II, Section 3 of the US constitution the president "shall from time to time give to the Congress Information of the State of the Union, and recommend to their Consideration such Measures as he shall judge necessary and expedient."

The US president delivers the address annually before a joint session of the US Congress. Traditionally the president outlines the US economic and security situation and discusses the administration’s legislative agenda.

© AFP 2020 / Mladen Antonov
Ninety Percent of US Voters Not Affected By Government Shutdown - Poll
Donald Trump's first State of the Union address before the US Congress was reportedly marred by the boycott and protests of certain Democratic lawmakers that have slammed Trump's migration policies.

The US government shut down on 22 December after congressional Democrats refused to approve a spending bill that allocated $5.7 billion to build a wall on the southern border that President Donald Trump has demanded.