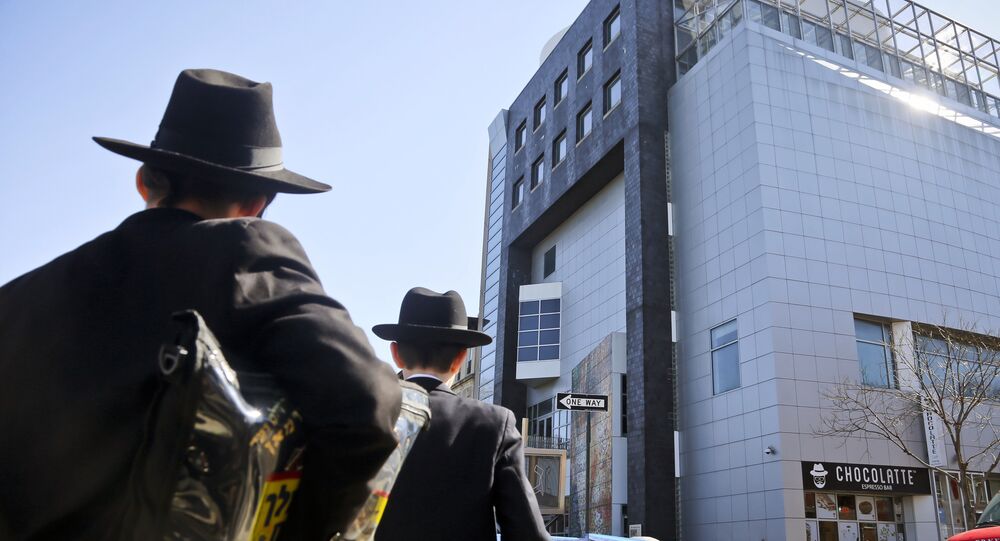 MOSCOW (Sputnik) - US President Donald Trump has signed a bill that will enhance US efforts to protect Jewish communities at home and abroad by working together with European governments.

"On Monday, January 14, 2019, the President signed into law H.R. 672, the 'Combating European Anti-Semitism Act of 2017,' which expresses the sense of the Congress that it is in the United States national interest to combat anti-Semitism at home and abroad," the White House said.

© REUTERS / Fabrizio Bensch
Unknown Perpetrators Deface Israeli Synagogue With Severed Pig's Head
The bill emphasizes the need to ensure the security of European Jewish communities, including schools and synagogues, and require the State Department to report on US efforts to partner up with European law enforcement agencies and civil society groups to combat anti-Semitic incidents.

In October, a gunman opened fire inside Tree of Life Synagogue in Pittsburgh, killing 11 people and injuring six others, according to US authorities. The suspect in the synagogue attack, identified as Robert Bowers, was reportedly shouting anti-Semitic slogans during the shooting. He surrendered to police and was arrested.

The US Department of Justice has launched a government website that would make it easier for law enforcement and community members to report hate crimes.