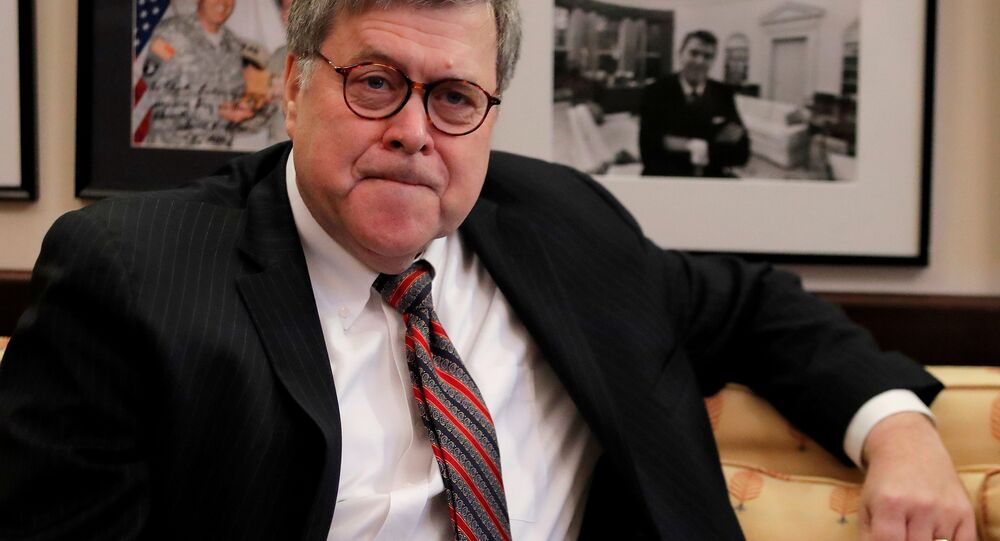 Noting that his personal and professional relationship with special counsel Robert Mueller extends back 30 years, William Barr said he and Mueller have “been friends” since they worked together at the US Justice Department in the early 1990s.

The likely next US attorney general, William Barr, says he will allow special counsel Robert Mueller to complete his investigation free of partisan politics, according to written testimony prepared for the US Senate.

"Let me address a few matters I know are on the minds of some members of this Committee," wrote Barr, 68, who has experience in the role left vacant by the departure of Jeff Sessions, having served as the head of the Justice Department from 1991 to 1993 under President George H.W. Bush.

"I believe it is the best interest of everyone — the President, Congress, and most importantly, the American people — that this matter be resolved by allowing the Special Counsel to complete his work," said Burr, who has a 9:30 a.m. appointment with the United States Senate Committee on the Judiciary slated for Tuesday. US President Donald Trump sees many similarities between the Salem Witch Trials of the early 1690s and Mueller's investigation, which he has nicknamed a "witch hunt."

The longtime attorney noted that he "did not pursue this position" and that, at first, he was "reluctant to be considered" because he had held the job before and was looking forward "a peaceful and cherished time with our daughters and granddaughters."

Barr penned an unsolicited 19-page memo in June 2018 to then-Deputy Attorney General Rod Rosenstein. Writing as a "former official deeply concerned with the institutions of the Presidency and Department of Justice," Barr argued, "Mueller should not be permitted to demand that the President submit to interrogation about alleged obstruction." Acknowledging that he was "in the dark about many facts," Barr repudiated Mueller's obstruction of justice theory as "fatally misconceived" and "premised on a novel and legally unsupportable reading of the law."

Rosenstein, considered by some to be the protector of the Mueller probe, plans to leave his post upon Barr's confirmation, US media reported last week. Rosenstein is not being "forced out," a source told the Associated Press.

Barr downplayed the significance of the memo in his written testimony. "My memo was narrow in scope, explaining my thinking on a specific obstruction-of-justice theory under a single statute that I thought, based on media reports, the Special Counsel might be considering," he noted.
"The memo did not address — or in any way question — the Special Counsel's core investigation into Russian interference in the 2016 election," Barr added.

Senate Democrats are preparing to grill and perhaps skewer US President Donald Trump's pick for attorney general. "The big question in my mind is will he leave Mueller alone," Senator Dianne Feinstein, the ranking Democrat on the Judiciary Committee, said Monday, according to the Los Angeles Times. She said her line of inquiry would include questions about Barr's non-interference with the probe, including on matters such as the size of the budget for Mueller and his team at the Office of the Special Counsel. "That is only going to get answered well in public… The first question is Mueller's independence," said Feinstein.

Sessions, a former Alabama senator, had, by all reports, a difficult time as Trump's top Justice Department official. Sessions drew the president's ire for recusing himself from the Russiagate investigation; the president made no effort to conceal his frustration with Sessions before firing him one day after the 2018 midterms.