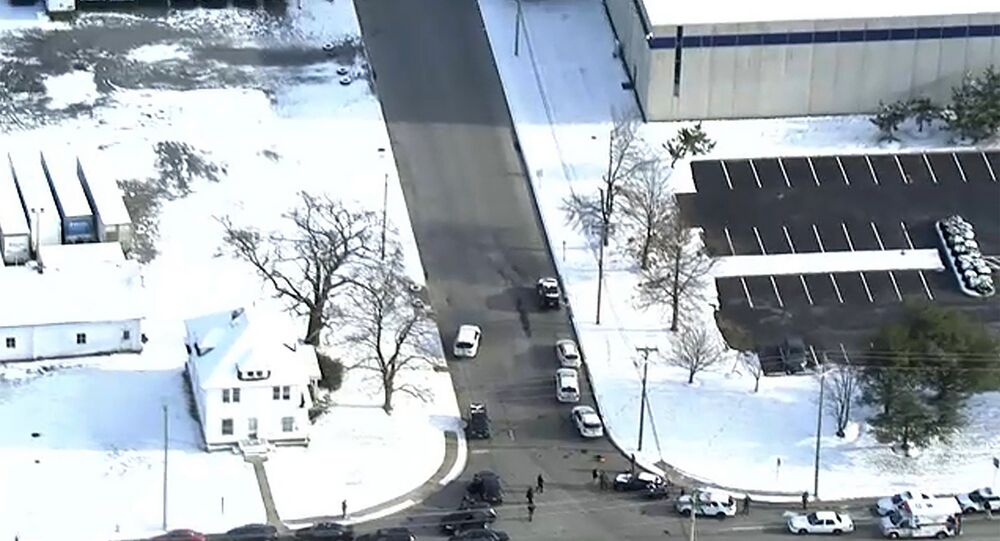 According to media reports, the suspect took his ex-girlfriend and another woman hostage following an argument. He refused to surrender, but was shot by police and arrested.

Police in Gloucester County, New Jersey have responded to a report of an active shooter at a local United Parcel Service (UPS) facility. According to ABC, several police officers could be seen outside the UPS facility, taking cover behind their cars. There have been no official reports of injuries so far.

"UPS is working with law enforcement as they respond to an active shooter situation at one of the company's supply chain processing facilities", a UPS spokesperson said in a statement.

The spokesperson, however, refused to provide any information on the people involved in the incident.

Police have confirmed that the armed suspect was holding two women hostage at the facility. The Gloucester County prosecutor announced that the hostage situation has been resolved and that both women have been freed without serious injuries. Law enforcement said that they couldn't arrest the suspect and had to shoot him. It's unclear how serious his condition is.

Earlier, CNS Philadelphia reported, citing anonymous sources, that the gunman is holding two women hostage, one of them his girlfriend. Jeff Chirico, a reporter for ABC, tweeted that, according to a UPS employee, an armed man angered with his ex-girlfriend was behind the incident.

Local and county authorities have responded to an incident in Logan Township, Gloucester County. Media inquiries should be directed to those entities. #alert

#BREAKING #IMAGE
There is An Active shooting situation at a UPS facility in #Gloucester County, New Jersey
Run.Hide.Fight pic.twitter.com/N4s9mKXPin

ACTIVE SHOOTER: Law enforcement agents are seen rushing toward a UPS facility in Logan, Twp., Gloucester County where there is an active shooter situation unfolding. WHAT WE KNOW: https://t.co/kpkcuAb8JH pic.twitter.com/34FRJKlH69

The person who filmed the video, Ashlee Erickson, told ABC that apparently someone who didn't work at the UPS facility had had a "confrontation with their significant other". Gloucester County said that 32 UPS employees were inside the building when the incident took place, but they have since been evacuated.

Gloucester County Chief of Staff Tom Gilbert told the local news website NJ.com that there is an "active incident in place" and added that police are currently in "fact-gathering" mode.

READ MORE: US Fails to Take Care of PTSD-Stricken Veterans Amid 'Epidemic' of Mass Shooting

An anonymous employee at a nearby Home Depot told the local news website NJ.com that their facility has been on lockdown since the incident began, with workers instructed not to approach the windows.

Local schools have been put on modified lockdown, but, according to the Logan Township School District, employees and students are in no immediate danger.