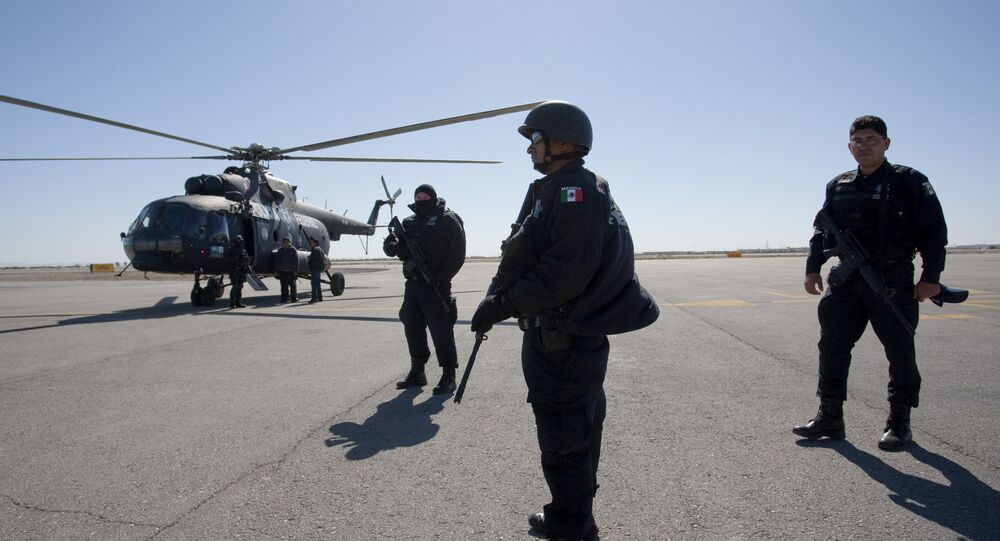 Mexican authorities suspect that the tunnel was used for human and drug trafficking across the US border.

The tunnel was found in Nogales, Sonora — across the border from Nogales, Arizona, and Mexican police suspect that it was used to smuggle drugs and people, the Arizona Republic reported.

In a video, two police officers are shown opening a manhole underneath extensive drainage channels. These channels are used to ease the flow of runoff water during storms and typically flow north from Sonora into Arizona because of the terrain. They are also often used by smugglers. The police said in the video that the tunnel is 32 feet long, however, they provided limited information beyond that such as the location of the tunnel and how they discovered it.

As the video progresses, it shows the officers inside the tunnel, following it to its point of origin at an unknown location. The officer recording the video is heard asking, "Is that the exit?" A second officer responds "yes" as he pushes open the entrance to the tunnel overhead.

© AP Photo / Evan Vucci
Democrats Mull Lawsuit Against Trump in Case of Border Emergency Announcement
Mexican authorities didn’t provide any comment, while US Customs and Border Protection officials in Arizona couldn’t comment as they have furloughed their communication staff due to the ongoing partial government shutdown.

This is the third tunnel found this month amid the partial government shutdown and increased debate over President Trump's proposal to increase southern border security, which includes building a wall. The previous tunnels were found in areas where part of the border wall has been already built, according to Border Patrol agents.

“We're doing such a great job in utilizing the right resources in that particular area, that they've (smugglers) become so frustrated they're using other tactics. They're actually digging tunnels. This is about 25 feet long, and 2 to 3 feet high,” Melissa Lucio, a Border Patrol agent told the US president during his visit to the border.

Tunnels have become an increasingly common tactic for smugglers to get around enforced borders, especially where the physical barriers have been in place for many years, including Arizona and California's borders with Mexico.

‘No Crisis On The Border': Trump's Argument For Border Wall is Baseless