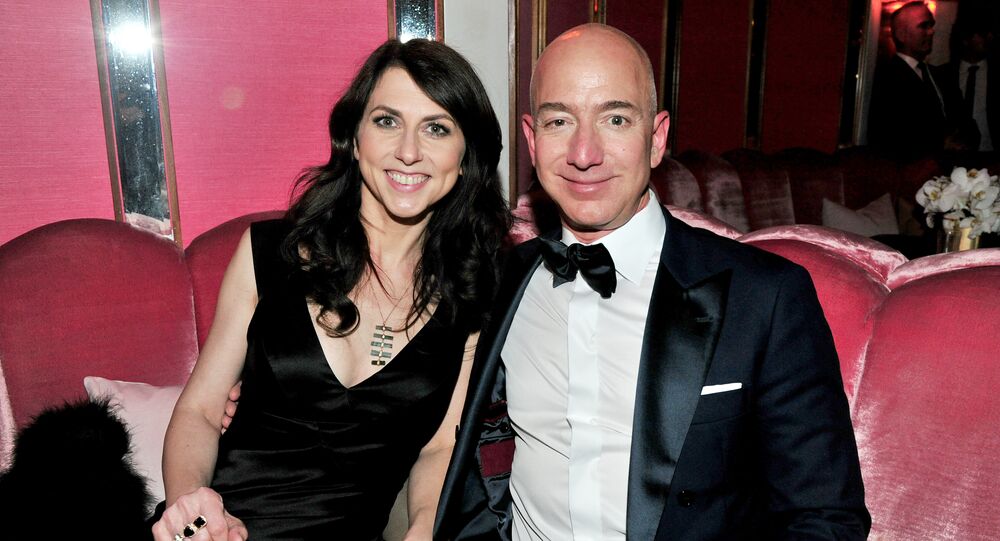 Sources with direct knowledge said that the couple did not have a prenuptial agreement, so they will have to split the fortune of the world’s richest man 50/50.

The couple will file divorce documents in Washington, where community property rules, meaning that all earnings and income during the marriage should be split in two, sources with direct knowledge told TMZ.

The couple married back in 1993 when Bezos wasn’t a billionaire, so they didn’t think to have a prenuptial agreement, which makes the division of assets incredibly complicated. Aside from cash, the former couple has 400,000 acres of property to divide between them, which is hard to value.

© AP Photo / Invision / Evan Agostini
Alexit 'Better Than Most Marriages': Twitter Meltdown Over Amazon CEO Bezos' Divorce
Bezos revealed on Wednesday that he and his wife had been going through a “trial separation” and “decided to divorce and continue our shared lives as friends.” The Amazon founder has been reportedly seeing Lauren Sanchez, a former TV anchor and the estranged wife of Hollywood talent agent Patrick Whitesell. According to the National Enquirer, they have been dating since the latter half of 2018, after they separated from their spouses.

The divorce announcement even got the attention of US President Donald Trump, who wished Bezos luck with his divorce. Trump, twice-divorced himself, told reporters at the White House on Thursday as he departed for a trip to the US border with Mexico that the process “is going to be a beauty”.

Bezos Takes Amazon to DC and NYC: Who Will Benefit?