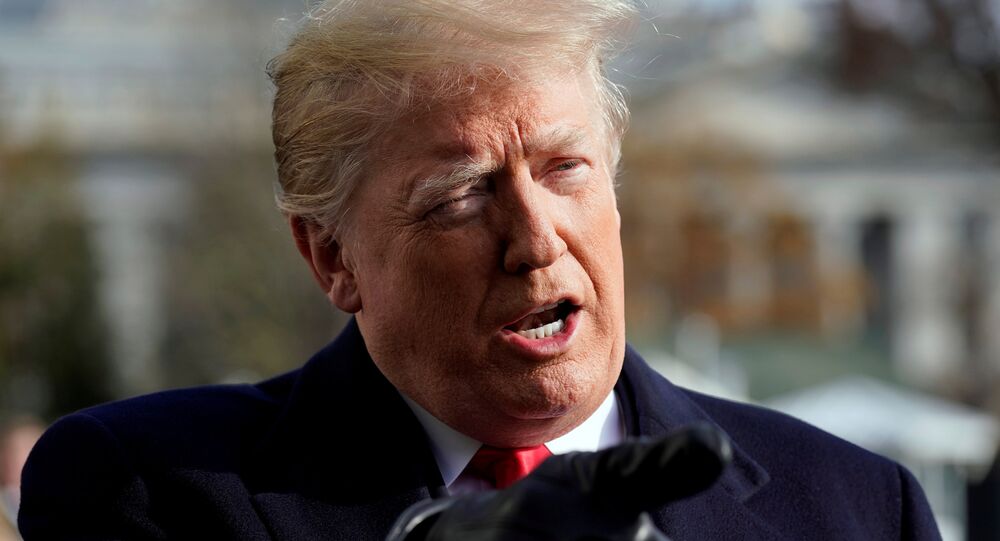 Trump's latest meeting with Pelosi and Schumer on Wednesday failed to put an end to the ongoing partial government shutdown, with the president walking out and calling the talks a complete waste of time.

As Washington and Beijing continue to engage in negotiations amid the truce recently declared in their ongoing trade war, US President Donald Trump has described China as “more honourable” than House Speaker Nancy Pelosi and Senate Minority Leader Charles Schumer.

"I think that China is actually much easier to deal with than the opposition party," Trump said on Thursday during a press conference held on the South Lawn of the White House.

He also criticised Schumer’s account of their earlier meeting, describing the Democrat as “Cryin Chuck” in one of his recent tweets.

Cryin Chuck told his favorite lie when he used his standard sound bite that I “slammed the table & walked out of the room. He had a temper tantrum.” Because I knew he would say that, and after Nancy said no to proper Border Security, I politely said bye-bye and left, no slamming!

​The president’s remarks apparently came in response to a joint speech delivered by Schumer and Pelosi after his address on Tuesday, in which they slammed Trump’s alleged obsession with the "ineffective, unnecessary" wall he seeks to build along the US-Mexican border, and likening his actions related to the government shutdown to a "temper tantrum".

The exchange took place amid the ongoing shutdown, with parts of the US federal government remaining closed for the past 20 days as Trump and Democrats continue to battle over the president's request for $5.7 billion to build the wall along the border with Mexico.

Trump's latest meeting with Pelosi and Schumer on Wednesday failed to break the deadlock, with the president walking out and calling the talks a complete waste of time.

Trump Skips Davos Because of Democrat 'Intransigence' on Border Security

Neither Trump's Speech nor the Democrats Response Will End the Shutdown