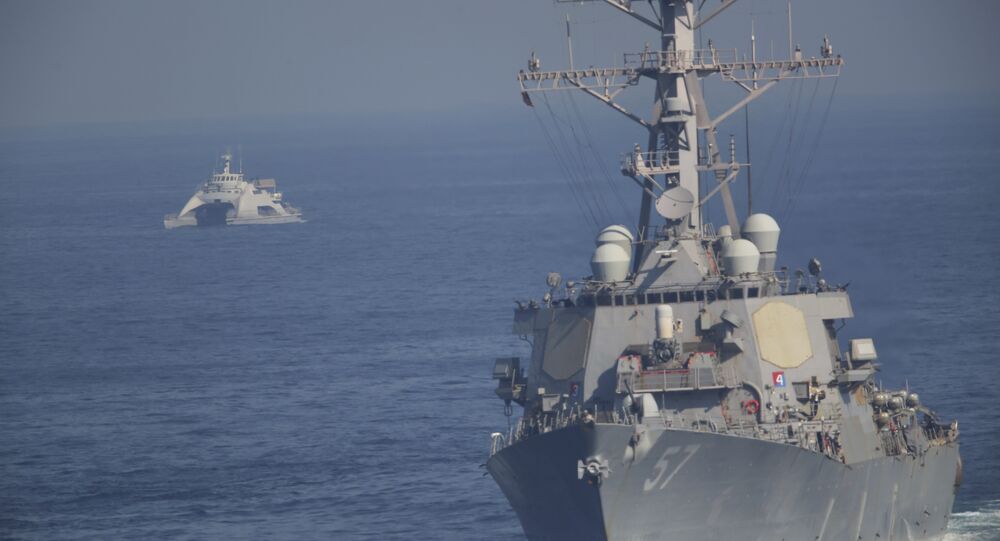 While Norse gods have gathered quite sizeable number of fans due to Marvel's rendition of Scandinavian mythology, a recent report suggests that US Navy servicemen are also defending American waters on behalf of the Norse deity of seas and storms.

According to a US Navy press release, a bunch of sailors serving on Niemetz-class supercarrier USS John C. Stennis have taken up Heathenry and are holding pagan ceremonies in the chapel aboard their vessel.

One of the Heathens and the lay leader onboard John C. Stennis is Aviation Electrician's Mate 2nd Class Joshua Wood. He says that he adopted Heathenry, the modern Northern European religious movement rooting back to the pre-Christian era, five years ago after he enrolled in a world mythology class in high school.

It was a community of Heathen worshippers in San Diego that helped him understand the religion better. "They are my surrogate family," Wood says.

"With their help, I transitioned from someone who was merely interested in the religion to someone who is well-versed enough to lead others in prayer. I went through them to get certified to lead services on the ship."

Wood conducts informal heathen rituals, called sumbels, which see worshippers pass around and drink from a horn or cup with a beverage while hailing Norse gods. These ceremonies can be attended by Heathen and non-Heathen servicemen alike, he adds.

It's no wonder the sailors dedicate much of their prayers to a specific god. "Since a lot of Norway and Scandinavia are covered in forests and mountains, it makes sense that the gods the ancient Heathens worshipped are land-based," says Aviation Electronics Technician Airman Joshua Shaikoski, a Lutheran-turned-Heathen. "We do a lot of praying to the god of seafarers, Njord".

Shaikoski also denies allegations that such ceremonies include animal sacrifices. "I have been asked if we sacrifice animals or if we are racial supremacists," he noted. "Not only is it the farthest from the truth, but it is hurtful because Heathenry is a religion of peace and community. Heathenry helped me connect with people on the ship that I would have just passed by".