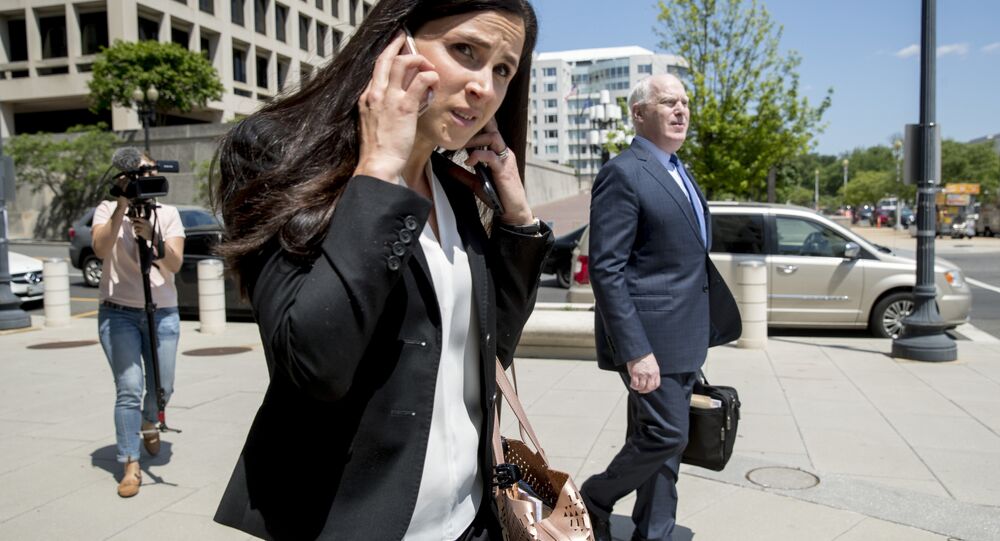 Attorneys representing Concord Management in the United States against charges levelled by special counsel Robert Mueller expressed concern that Judge Dabney Friedrich was biased against them on Monday after she seemed to bring the parties to court for the sole purpose of humiliating the defense attorneys, according to reports.

Friedrich, a US District Court judge, laid into American attorneys Eric Dubelier and Kate Seikaly during a Monday court hearing over their colorful legal briefs, which have referenced quotes from the character Otter in the 1978 classic film "Animal House" and the 19th Century British historian Lord Acton, according to a Monday Politico report. Tweety Bird also made an appearance in a brief filed by the two attorneys hailing from Reed Smith LLP, Sputnik News reported.

"I'll say it plain and simple: knock it off," Friedrich, who was appointed by US President Donald Trump, was quoted saying by Politico. The judge proceeded to indicate she didn't think highly of the "clever quotes," the report notes.

"I found your recent filings, in particular your reply brief Friday, unprofessional, inappropriate and ineffective," the judge scolded the Reed Smith lawyers. The judge then suggested the briefs were intended to bully her into granting the defense's motions to gain information from Mueller to help the defense prepare for the trial, according to Politico. She told the defense the references to comedy films were "undermining your credibility in this court."

After drawing harsh comments from Judge Friedrich, Dubelier walked to the courtroom's lectern at the judge's request. He then said the judge's remarks were so intense he might be compelled to withdraw from the case. "I need to go and discuss this with my client," he was quoted as saying by Politico, referring to the judge's comments.

Seeing the judge's scolding as an attack on his character, Dubelier said it would be best to speak with his client in order to determine if it was proper for him to keep representing the firm.

"There appears to be some bias on the part of the court," he noted.

The judge said she did not have a bias and that the filings were inappropriate. "That's your opinion," Dubelier retorted. The judge then agreed he was entitled to discuss the matter with his client.

The status hearing was scheduled by the judge shortly after the "Animal House" brief was filed on Friday. But on Monday, the public display looked like an attempt by the judge to humiliate Dubelier, Politico noted. Friedrich then called for the press and members of the public to exit while the court went into a sealed session.

The history of the case suggests that Dubelier and Seikaly's quest to obtain relevant information from the prosecutors is a basic part of their job to defend their client. Since people inside and outside the Justice Department view Mueller's indictments as a "name-and-shame" tactic to put the Russian government on notice, there were low expectations that Concord Management — or any of the other parties in the indictment against Concord — would defend themselves.

The case is still stuck on the issue of discovery. Mueller's team has countered that much information cannot be made available because of its "sensitive" nature — including the methods with which the information was acquired.

Concord Management has challenged this. "Could the manner in which he [Mueller] collected a nude selfie really threaten the national security of the United States?" Dubelier wrote in a December 27 brief.

Mueller's team wants to delay discovery forever, meaning none of the information used to indict Concord would be made available to the public.

Noting the potentially sinister implications of the government being able to make its own case to a judge in secret, Dubelier sounded off: "For a special counsel who claims that secretly pretending to be someone you are not on the internet is a conspiracy against the United States, one might think that all of his proposed secrets in prosecuting this matter are a conspiracy to deny the Defendant its right to a fair, open and public determination of its case."