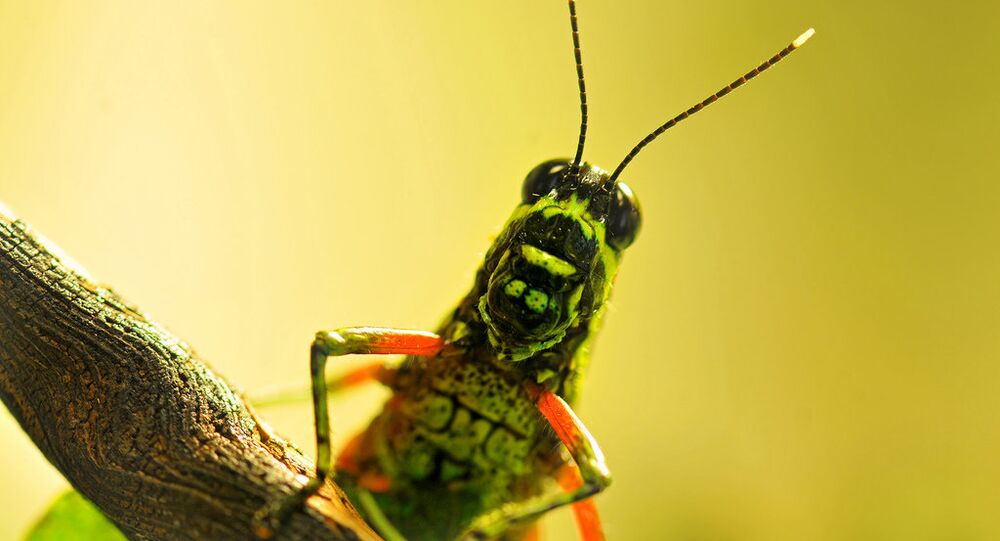 Since November 2016, dozens of US personnel in Washington’s embassy in Havana have fallen ill after hearing high-pitched sounds. While the US government alleged these to be “sonic attacks,” a new analysis of a recording of the sounds has revealed the problem is insectoid in nature. That’s right, the sound they heard was crickets chirping.

Twenty-six US personnel in the country's embassy in Cuba have been stricken with brain injuries related to high-pitched sounds experienced in their Havana offices. Their injuries ranged from headaches and nausea to "concussion"-like symptoms, according to a March 2018 study commissioned by the US federal government. Unable to halt the assault, the US evacuated its non-essential staff in 2017.

© CC0 / U.S. Department of State / U.S. Embassy in Havana
Counter-Espionage Measures in US, Canadian Embassies May Be True Source of 'Sonic Attacks' – Doctor

Scientists and diplomats alike were baffled. The US, however, concluded that the sound emanated from a device that operated beyond the range of audible sound. While it never directly blamed the Cubans, the US government nonetheless held Havana responsible under the Vienna Convention, which dictates that host governments must protect diplomatic personnel, even going so far as to expel two Cuban diplomats from Washington in May 2017 in retaliation.

​The Associated Press published a recording of the — very unpleasant — sound heard during one of the purported "attacks" in October 2017. It's interesting to note that as early as October 2017, the AP commentary on the recording described the sounds as cricket-like. We'll come back to that Chekhov's Gun in a moment.

Meanwhile, high-level meetings ensued between Washington and Havana, Sputnik reported, in which the Cuban government strenuously denied the use, presence and even practicability of such a "sonic weapon."

The press, meanwhile, foamed at the mouth. A Washington Post editorial in August 2017 fumed that a "sinister attack" was being downplayed by Washington, proof that former President Barack Obama was a fool to have ever thought easing tensions with the tyrannical, mustache-twirling government 90 miles south of Florida was a good idea.

Then on Friday, the other boot fell. Two scientists presented evidence at the annual meeting of the Society of Integrative and Comparative Biology in Tampa, Florida.

"There's plenty of debate in the medical community over what, if any, physical damage there is to these individuals," Alexander Stubbs of the University of California, Berkeley, told the New York Times for a Monday story. "All I can say fairly definitively is that the AP-released recording is of a cricket, and we think we know what species it is."

Yup. A cricket. The Indies short-tailed cricket, to be precise.

© AP Photo / Andy Wong
China Finds No Evidence of Alleged Sonic Attack on US Diplomatic Staff - Beijing
Recall that AP suggested the sounds were cricket-like back in October 2017. If only clearer heads had prevailed, we might have been saved years of diplomatic melodrama.

"We still have no idea what, if anything, caused this ear damage," author and journalist Daniel Lazare told Radio Sputnik's Loud and Clear Monday. "We have no idea what caused it and we certainly have no evidence whatsoever — whatsoever! — that it was done by the Russians, the Cubans, or the Chinese."

https://www.spreaker.com/user/radiosputnik/new-democratic-party-false-flag-social-m
The Times noted that Dr. Douglas Smith, who led the medical examination of the American diplomats, didn't seem totally satisfied with the scientists' conclusions, noting that some patients didn't report hearing unusual sounds and dismissing the possibility that the damage patients suffered could have been caused by crickets.

However, "they're incredibly loud," Stubbs noted, recalling his experience with the crickets in Costa Rica. "You can hear them from inside a diesel truck going 40 miles an hour on the highway."

"The song of the males of this cricket, here, is a continuous ringing z-z-z-z-z-z- of tremendous volume and penetration which practically fills a room with veritable din," an entomologist in the Dominican Republic reported in 1957, the Times noted.

The song of the Indies short-tailed cricket "matches, in nuanced detail, the AP recording in duration, pulse repetition rate, power spectrum, pulse rate stability and oscillations per pulse," Stubbs and co-author Fernando Montealegre-Z of the University of Lincoln in England wrote in their analysis.

"It all seems to make sense," said Gerald Pollack of McGill University, who studies acoustic communication among insects. "It's a pretty well supported hypothesis."

It seems a bit of an apology might be in order. However, it seems all too likely that we'll be left hearing nothing but crickets on that one, too.