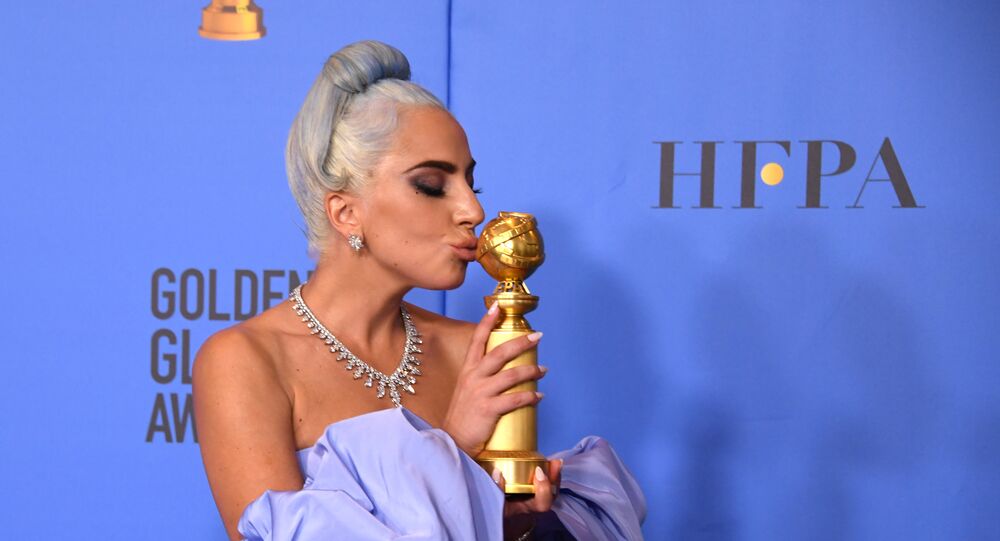 The 76th Golden Globes, the first major ceremony of this year's awards season, was held on 6 January in Los Angeles. The show was co-hosted by "Killing Eve" star Sandra Oh and "Brooklyn Nine-Nine" actor Andy Samberg.

The 2019 Golden Globes honoured the best in film and American television of 2018, with the brilliant duo, Sandra Oh and Andy Samberg, kicking off the ceremony by jokingly saying they they only got the gig because they were the last people in Hollywood who hadn't gotten in trouble for offensive remarks.

Here are the highlights of the celeb-packed show: from notable winners to the most eye-catching moments of the show.

Sandra Oh won Best Actress in a TV Drama for her role in "Killing Eve" — and her parents, who glowed with pride each time the camera was on them, were witnessing their daughter make history as the first Asian performer to win multiple Golden Globes.

Sandra Oh bowing to her parents from the #GoldenGlobes stage is everything pic.twitter.com/osTIPw2xpK

Bohemian Rhapsody and Rami Malek are the Champions!

Congrats to Rami Malek for his win as Freddie Mercury in Bohemian Rhapsody!! #GoldenGlobes2019 pic.twitter.com/nlvuU5D5SG

In his speech, Malek thanked Queen members Brian May and Roger Taylor, for ensuring that "authenticity and inclusivity exists in the music and in the world and in all of us".

"Thank you to Freddie Mercury, for giving me the joy of a lifetime. I love you, you beautiful man. This is for, and because of, you, gorgeous", he concluded.

"Shallow" — Lady Gaga and Bradley Cooper’s duet from A Star Is Born — won Best Original Song at the 2019 Golden Globes.

“I just have to say, as a woman in music, it is really hard to be taken seriously as a musician and as a songwriter, and these three incredible men: Andrew Wyatt, Anthony Rossomando, Mark Ronson standing with me, they lifted me up, they supported me", Gaga said.

Although Lady Gaga has been a favourite throughout the season, for her part in A Star is Born, it was Glenn Close who was recognised as Best Actress in a Motion Picture, Drama, for her role in The Wife.

Glenn Close finally winning for a film performance and giving this very moving and empowering speech is the highlight of this year’s #GoldenGlobespic.twitter.com/sIvft7hG1k

Lady Gaga and Glenn Close show support for one another after Gaga unexpectedly loses ‘Best Actress’ at #GoldenGlobes. (via @ScottFeinberg) pic.twitter.com/sDJmvuYVoh

During his somewhat cheeky acceptance speech for Best Actor in a Comedy, Christian Bale thanked the devil himself for helping him play Dick Cheney in Vice: "Thank you to Satan for giving me inspiration on how to play this role".

As the Bohemian Rhapsody cast took the stage to accept the coveted prize for Best Picture, Rami Malek found himself in an awkward situation with presenter Nicole Kidman, which, of course, was caught on camera.

The moment, which is now going viral on Twitter, showed Malek approaching Kidman, who turned away from him. In a bid to eliminate the awkwardness, Malek gently touched her back while joining the producers on stage.

Some viewers made an interesting observation: Amy Adams, who was nominated in two categories — Best Actress in a Mini-Series for HBO’s Sharp Objects and Best Supporting Actress in a Motion Picture for Vice — didn't get any prize. One netizen even compared her to Leonardo DiCaprio, who had to wait 22 years after his first Academy Awards nomination to finally win an Oscar:

Unfortunately it looks like Amy Adams is the new Leonardo DiCaprio #GoldenGlobes#GoldenGlobes2019 😔 😭 pic.twitter.com/bP7VH0Jiba

Twitter is going bananas over the woman handing out Fiji Water on the Golden Globes red carpet and is calling for Hollywood producers to get her a contract, or even recognise her as Best Supporting Actress, and here's why:

By the end of the night Fiji water lady is going to have a movie deal or will have murdered several celebrities #GoldenGlobes2019 pic.twitter.com/jHCnwCLytH

​Free Flu Shots for Everyone!

Cohosts Oh and Samberg opted for a bizarre mid-show celebrity gift gag, which has become a common practice throughout such shows. But instead of delivering pizza like Ellen DeGeneres at the 2014 Oscars or presenting everyone with lunch boxes full of chips and candies like Jimmy Kimmel at last year's Academy Awards, the duo announced that every guest was going to receive a flu shot. People in white coats stormed the ballroom with vaccine needles and offered stars flu shots to the tune of LMFAO’s “Shots”.