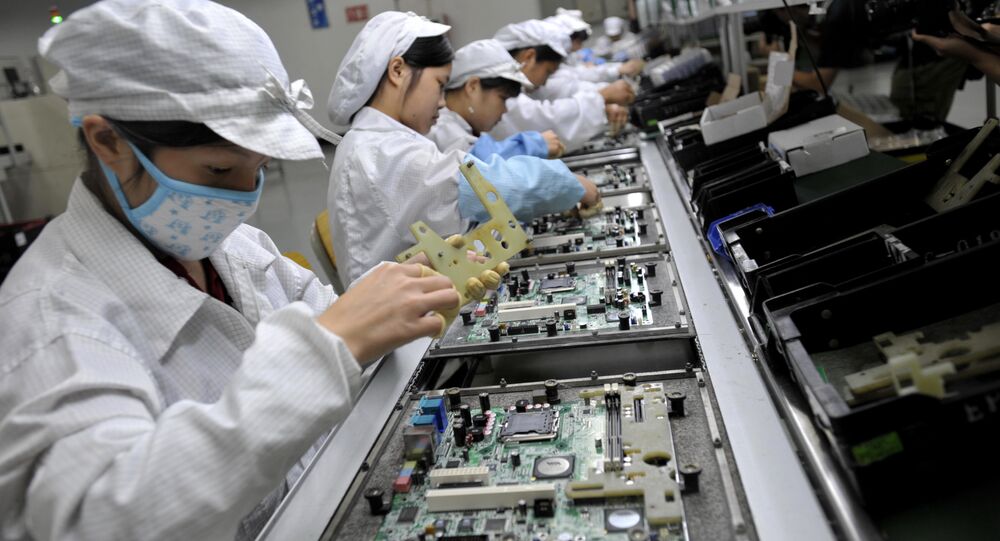 WASHINGTON (Sputnik) - New draft legislation aimed at combating technology threats to US national security from foreign actors like China calls for creating an Office of Critical Technologies and Security at the White House, US Senators Mark Warner and Marco Rubio said in a joint press release on Friday.

"China continues to conduct a coordinated assault on US intellectual property, US businesses, and our government networks and information with the full backing of the Chinese Communist Party," Rubio said in the news release. "By establishing the Office of Critical Technologies and Security, this bill will help protect the United States by streamlining efforts across the government."

The proposed new entity would be responsible for coordinating across agencies and develop a long-term, whole-of-government strategy to protect the US against state-sponsored technology theft and risks to critical supply chains, the release said.

Warner and Rubio have claimed that China and other nations are currently attempting to achieve technological and economic superiority over the United States through the use of state-directed or —supported technology transfer.

© CC0 / Michael Feddersen
'We Are Ready to Fight Even Tonight': US Navy Sec. Sees Russia, China as Growing Threat in Pacific
China and the United States have been engaged in a trade war since US President Trump announced in June that $50 billion worth of Chinese goods would be subject to a 25 percent tariff in a bid to fix the US-Chinese trade deficit. Since, the two countries have exchanged several rounds of trade tariffs, levying duties of hundreds of billions of dollars.

In early December, President Trump and Chinese President Xi Jinping called for a truce in their escalating trade war after meeting on the sidelines of the G20 summit in Buenos Aires, but the two countries have yet to reach a final agreement in their dispute.