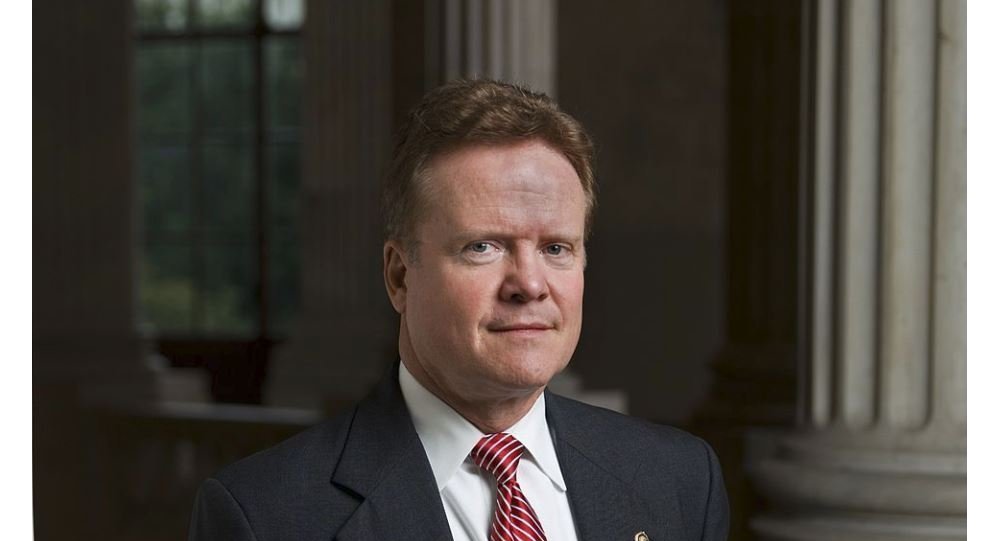 WASHINGTON (Sputnik) - US President Donald Trump is looking at former Secretary of the Navy James Webb, a former Democratic senator, and advocate of confronting China, as his next secretary of defense to replace James Mattis, the US media said Thursday.

Webb, who served as secretary of the Navy under Republican President Ronald Reagan was a critic of the 2003 US invasion of Iraq and may be asked to implement US troop withdrawals from both Syria and Afghanistan, the New York Times reported on Thursday.

© AP Photo / Ted S. Warren
Trump’s New Pentagon Chief Recuses Himself From Matters Involving Boeing
Mattis resigned as defense secretary in late December, citing in his resignation letter differences with Trump on major defense policies. Trump this week accused his top military advisers and generals of failing to make any progress on winning the war in Afghanistan despite the free hand he had given them.

Since then former deputy defense secretary Patrick Shanahan, who was previously a senior executive at Boeing, has temporarily run the Pentagon.

READ MORE: US Warns Citizens Against Travel to China Due to Local Laws — State Department