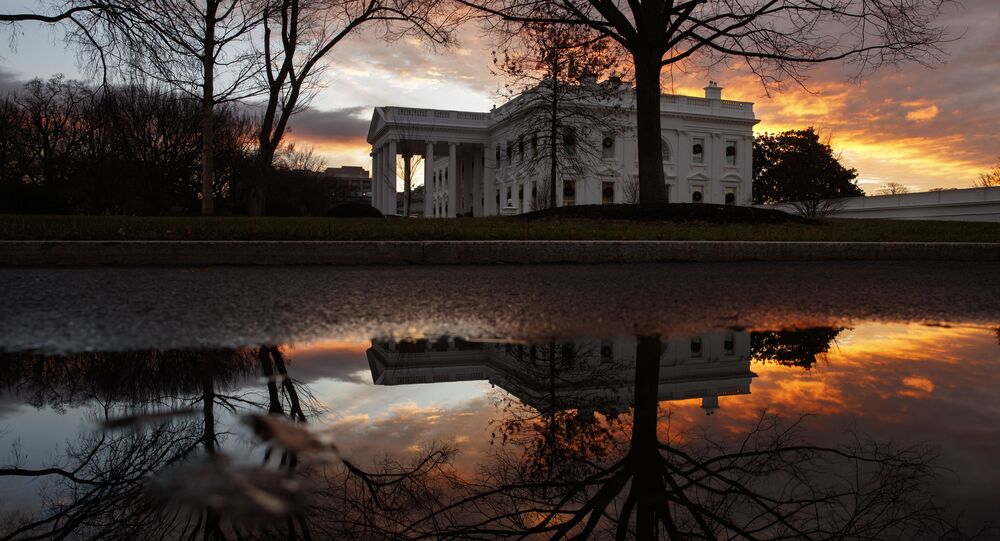 WASHINGTON (Sputnik) - Democratic leaders after a meeting at the White House told reporters they would continue to push their own legislation to reopen the US federal government after President Donald Trump failed to provide a good reason for not ending the shutdown.

"Tomorrow we will bring to the floor legislation that will open up government," Pelosi told reporters on Wednesday indicating that the Democrats would continue with their current proposal. "It will be based on actions taken by the Republican Senate."

© REUTERS / Rick Wilking
Trump: If We Win Daca Case, We’ll be Able to Ink Deal on ‘Dreamers’, Border Wall
Senate Minority Leader Chuck Schumer said during the meeting at the White House that Trump provided "no good answer" when asked why his administration would continue the shutdown of key government agencies.

Pelosi stressed Democrats have given Republicans a chance to agree on the bill, fund the government until February 8, and allow 30 days to debate the differences on the issue of border security. Schumer urged the Republican leadership to reconsider their approach and approve the bills that are bipartisan and will open up the government.

© Photo : Pixabay
Professor: It Looks to Be a Longer Shutdown Than Any of Us Expected
Trump invited Congressional leaders back to the White House on Friday amid a partial shutdown of the federal government that is now eleven days old. The Democrats have not indicated yet whether they are going to accept this invitation.

Trump is still demanding more than $5 billion for the construction of the wall on the US-Mexico border. The US president has already rejected a deal from the Democrats that included some $1.6 billion for border security.

Professor: It Looks to Be a Longer Shutdown Than Any of Us Expected