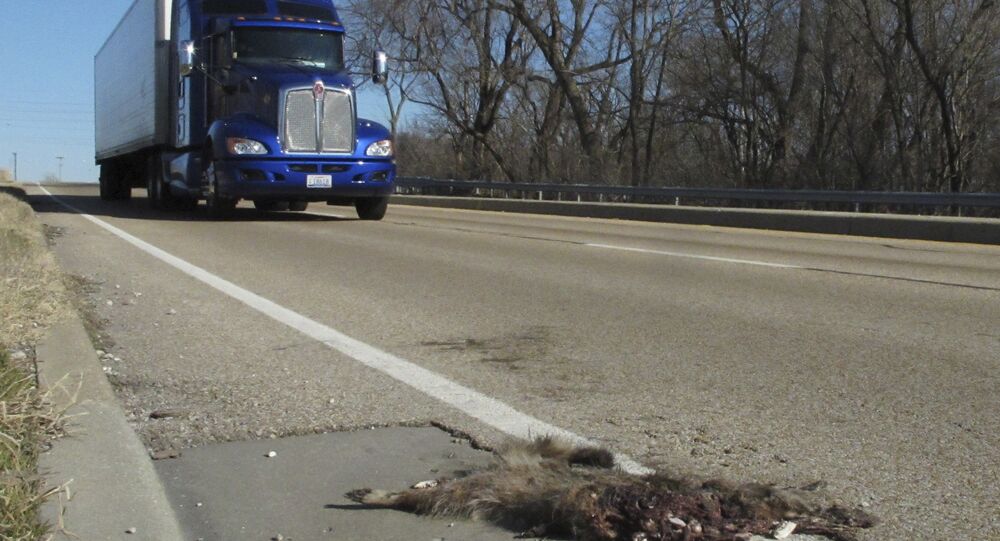 Squashed With Squash: Oregon Begins 2019 By Allowing Roadkill for Dinner

As of January 1, residents of the US state of Oregon will legally be able to peel that varmint off the road, take it home and fry it up.

Well, some varmints, that is. The law, passed in 2017, specifies that "salvaging deer and elk struck by vehicles is legal" in the state, but with a number of stipulations: people who decide to salvage the accidental venison must remove the entire animal and all its parts from the road, and salvagers must fill out an online form providing some details about themselves and the animals they found within 24 hours of hitting the street meat jackpot, the Oregon Department of Fish and Wildlife specifies.

Salvaged animals' heads and antlers, gruesomely, must be taken to a Department of Fish and Wildlife office within five days of the incident.

About 20 other states allow people to take meat from animals killed by vehicles, AP reports. Wide Open Eats lists a total of 27, including Oregon, though in some, like Alaska, the roadkill harvesting can only be done by organizations, not individuals, and in others, like Illinois, Vermont and New York, harvesting can only be done by individuals with hunting licenses or other existing permits.