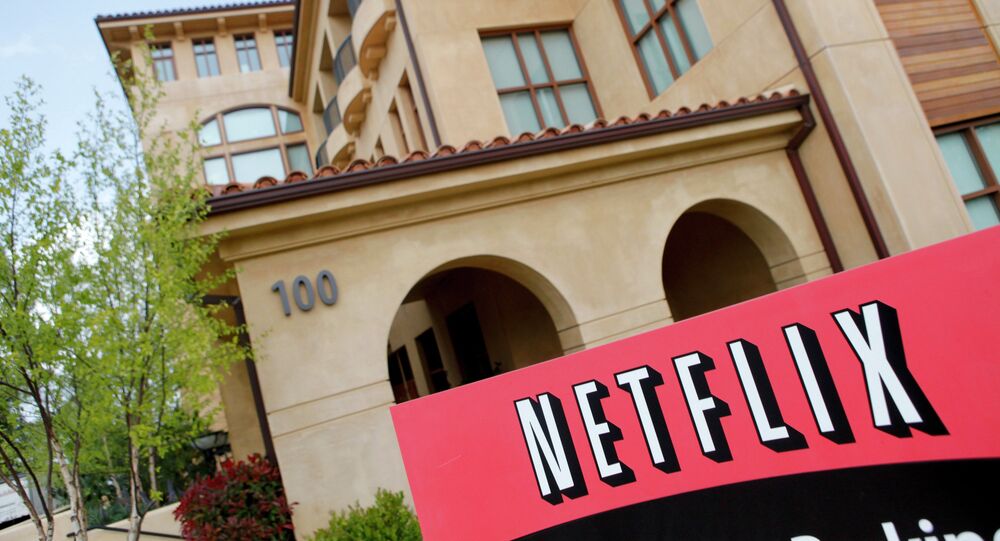 MOSCOW (Sputnik) - According to the Financial Times, Netflix received a request from the Saudi Arabian Communications and Information Technology Commission to pull an episode of the satire show Patriot Act where stand-up comic Hasan Minhaj criticises the Saudi Arabian government over Jamal Khashoggi's murder and its role in the war in Yemen.

© AP Photo / Virginia Mayo
WATCH: Turkey Airs Video Alleged to Show Saudis Moving Khashoggi’s Corpse
In the episode in question, Hasan Minhaj called for the United States "to reassess" its relations with Riyadh and said that the Yemeni war was "the biggest tragedy" of the rule of Saudi Crown Prince Mohammed bin Salman bin Abdulaziz Al Saud, according to the FT.

The censorship prompted swift criticism; Human Rights Watch, according to The Guardian, said artists whose work is broadcast on Netflix "should be outraged". The watchdog underscored that the Kingdom of Saudi Arabia's government officials "believe in no freedom for their citizens – not artistic, not political, not comedic".

Minhaj, an American-born Muslim of Indian descent, was the senior correspondent on Comedy Central’s The Daily Show between 2014 and 2018, and was the featured speaker at the White House correspondents’ dinner in 2017, The Guardian reports.

Khashoggi, a columnist for The Washington Post known for his criticism of Saudi policies, was killed in the Saudi consulate in Istanbul. Riyadh maintains that the killing had nothing to do with the Saudi royal family, and has described it as a rogue operation.

In the pulled episode, Minhaj took aim at Saudi officials, claiming they had changed their story regarding Khashoggi repeatedly, and at one point "were saying he died in a fist fight, Jackie Chan-style".

© Photo : Emporium Productions
'The Threat Was Always There': Netflix Glimpses Inside World's Toughest Prisons
The Khashoggi incident caused a number of countries to suspend defence cooperation with Riyadh, which has been repeatedly accused of violating international humanitarian laws while waging a campaign against the Houthi movement in Yemen.

Netflix is a subscription-based American media-services provider that offers content primarily via online streaming. The video service, founded in 1997 in California, has reportedly gained over 100 million subscribers in over 190 countries.