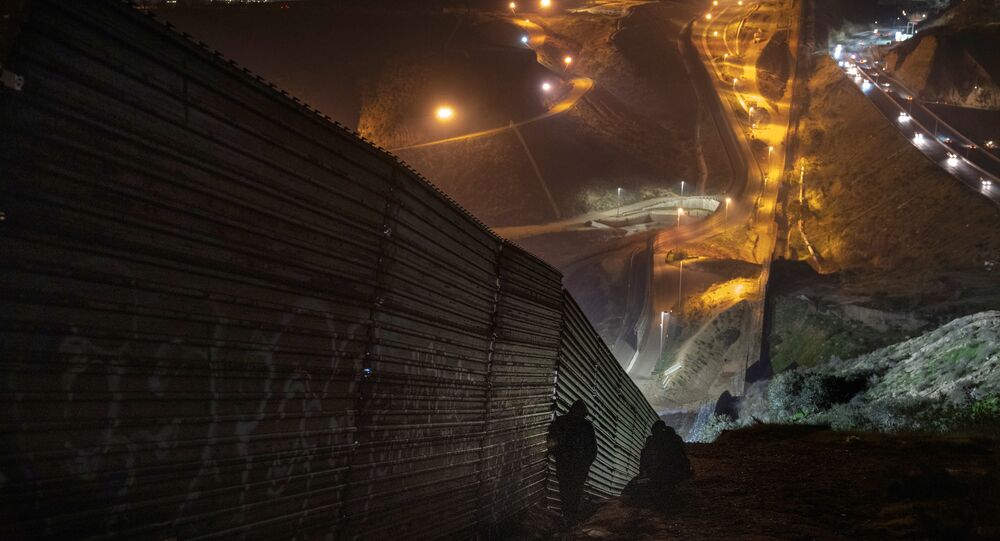 According to US President Donald Trump, there can be no real border security without the construction of the wall the that he notes the Democrats are unwilling to pay for.

Trump lashed out again at Democrats on Tuesday over an earlier proposal to reopen the government without allocating funding the president is demanding for his border wall project, The Hill reported.

Criticizing the opposition in a tweet, Trump accused the Dems of not caring about US border security, while claiming that without a physical wall there can be no real security.

The Democrats, much as I suspected, have allocated no money for a new Wall. So imaginative! The problem is, without a Wall there can be no real Border Security — and our Country must finally have a Strong and Secure Southern Border!

One thing has now been proven. The Democrats do not care about Open Borders and all of the crime and drugs that Open Borders bring!

​Judging by his tweets, it is unlikely that Trump will agree to end a government shutdown which has already lasted for 11 days. The point of contention is $5.7 billion that Trump wants for the partial funding of the construction of the wall between US and Mexico.

© AP Photo / Government Handout
Democrats Agree on Plan to Re-Open US Gov't Without Funding Border Wall - Report
Democrats note that the creation of a physical barrier to keep migrants from entering the country illegally is a waste of money, and instead offer a system of modern electronic measures along the border.

The president dismissed that idea on Monday, calling technology and equipment upgrades proposed by the Dems "meaningless bells & whistles."

On Monday, Trump tweeted that he is "not giving up" on funding for the wall, adding that he has "no choice" but to continue the government shutdown, suspending payment for hundreds of thousands of government employees, including critical air travel and Coast Guard security branches.

The 2018-2019 government shutdown is now the 5th longest in US history. The longest to date saw 21 days in 1995 during the administration of two-term US President Bill Clinton.

The two-term administration of US President Barack Obama in 2013 saw a Republican Senate minority shutter the government for 16 days in failed attempts to block the Affordable Care Act, also known as Obamacare.

Trump Calls On Dems to Agree to Border Wall, Says ‘Nancy Is Calling The Shots’