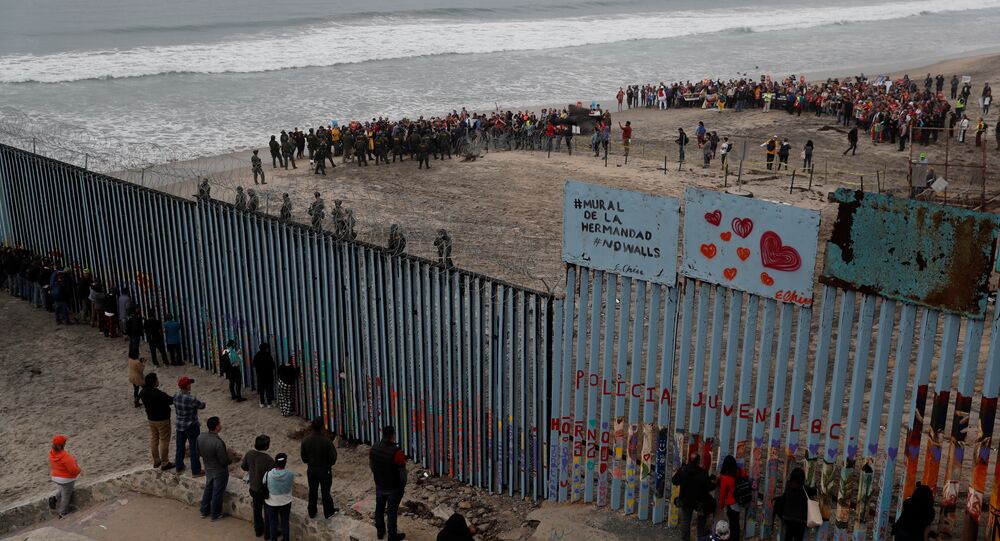 WASHINGTON (Sputnik) - US President Donald Trump contradicted his outgoing Chief of Staff John Kelly on Monday, insisting that his administration has not yet abandoned the idea of building a concrete wall along the US-Mexico border.

"An all concrete Wall was NEVER ABANDONED, as has been reported by the media. Some areas will be all concrete but the experts at Border Patrol prefer a Wall that is see through (thereby making it possible to see what is happening on both sides). Makes sense to me!" Trump said in a Twitter message.

© REUTERS / Rick Wilking
Trump Notices Wall Around Obama’s DC Home, Says US Needs the Same But Larger
In an interview with The Los Angeles Times on Sunday, Kelly said that in the early days of the administration, Trump gave up on the idea of building a concrete wall. Kelly said the administration made the decision after border patrol personnel said they would prefer a physical barrier in some places, and only enhanced technology and additional staff in others.

In recent weeks, the White House has started to use the phrase "steel slats" interchangeably with "wall" when referring to a barrier between the United States and Mexico.

The US government has been in a partial shutdown since December 22 due to Trump's demand that funding legislation include money for a border wall.