Lawyers for Kevin Spacey are asking a judge to allow the actor to avoid appearing before a Massachusetts courthouse for his arraignment on a felony charge of sexually assaulting an 18-year-old man at a Nantucket bar in 2016.

Spacey’s attorneys have filed a motion asking to excuse his presence at a hearing scheduled for 11 a.m. on Jan. 7 in Nantucket District Court. Defendants are normally required to appear for court arraignments unless their appearance is waived by a judge, Massachusetts court officials told the Boston Globe.

Court officials provided the Globe with a copy of the prosecutors’ response, as they had asked the judge in the case to deny the motion. Cape and Islands Assistant District Attorney Michael K. Giardino argued for the prosecution that Spacey’s appearance is required under state rules for criminal case procedure.

“At no time was there any agreement between the defendant and [prosecutors] with respect to the issue of the defendant’s appearance for arraignment,” Giardino wrote in a document dated Thursday, noting that Spacey’s attorney was informed that the prosecutors would not agree to the waiver. 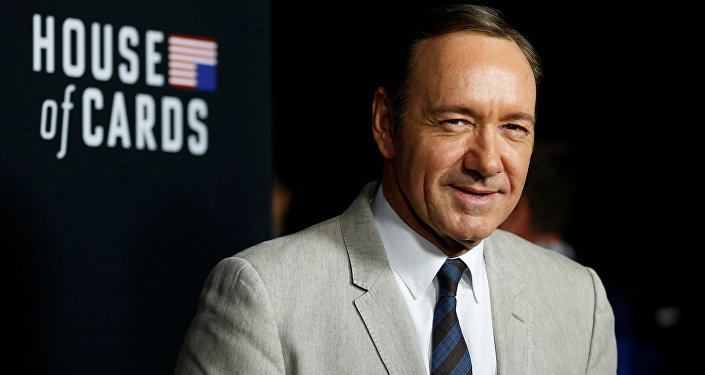 © REUTERS / Mario Anzuoni
‘I Know What You Want’: Kevin Spacey Speaks in Character After Sex Assault Charges Revealed (VIDEO)
The sexual assault was first reported to Nantucket police on Oct. 31, 2016, yet the charges were only put forward in 2018. Prosecutors say the Hollywood actor groped an 18-year-old in a Nantucket restaurant in 2016. Spacey’s attorneys have not spoken publicly about the case, yet they questioned the evidence during the court hearing.

Earlier on November 16, 2017, The Old Vic theatre disclosed details regarding previous allegations of inappropriate behaviour made by 20 men against Spacey during his tenure there as artistic director from 2004 to 2015.