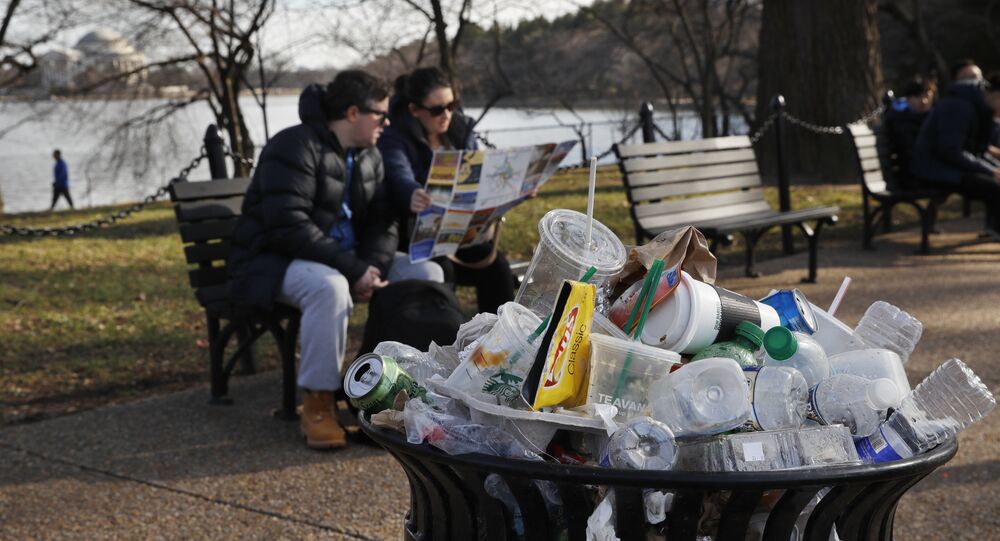 With the National Parks Service temporarily closed thanks to the US government shutdown, popular camping grounds are beginning to experience a variety of complications, including an increase in litter.

Although many of the parks are keeping their doors open, rangers are nowhere to be seen, which effectively means that all visitors who dare enter the grounds will be on their own. And while that thought could conjure up visions of wild, unsanctioned adventures, the results are not all rainbows and unicorns.

​At California's Joshua Tree National Park, volunteers have banded together in an effort to make sure the grounds aren't destroyed and trash is dealt with properly. Some, like Rand Abbott, a 54-year-old Marine Corps veteran, have even taken up the duty of restocking toilet paper.

"I've gone through 500 rolls of toilet paper," Abbott told the LA Times. "And I've been emptying all the trash cans that are there and putting bags in. And then I've been giving out trash bags to people. I've probably put 60 hours in."

© AP Photo / Manuel Balce Ceneta
No End In Sight: Government Shutdown Set to Extend Into 2019 After US House, Senate Adjourn

Since taking up the reins on Saturday, the first full day of the partial shutdown, Abbott noted that the majority of the visitors he encountered weren't exactly friendly. "Seventy percent of the people I'm running into are extremely rude," he said.

"Yesterday, I had my life threatened two times. It's crazy in there right now."

Others involved in the group told the Times that they've gone elbow deep into the muck, cleaning out toilet bowls and sweeping the restrooms.

In nearby Utah, the state is providing funds totaling more than $46,000 to keep the visitor centers at Bryce Canyon, Zion and Arches national parks open until December 31, but after that it'll be a free for all, as the park's metaphorical doors will stay open.

"We don't like having to do it, and the federal government should be doing it," Gov. Gary R. Herbert of Utah told the New York Times. "We're frustrated — we're probably beyond frustrated, maybe even angry — but we're prepared."

Utah isn't alone in its endeavors: both Arizona and New York are forking over thousands of dollars to keep services like trash collection and bathroom cleaning humming along for business.

Tourism in the nation's capital will likely see some setback as well. On Thursday, the Smithsonian Institution tweeted that if the shutdown goes past January 1, all museums, research centers and the National Zoo would be closing their doors on January 2.

Although US President Donald Trump has voiced his discontent over the current shutdown, 45 has held firm to his vow to sign no spending bill that does not include $5 billion to fund his vision of a wall along the US border with Mexico.

Will There Be a Government Shutdown for Christmas?