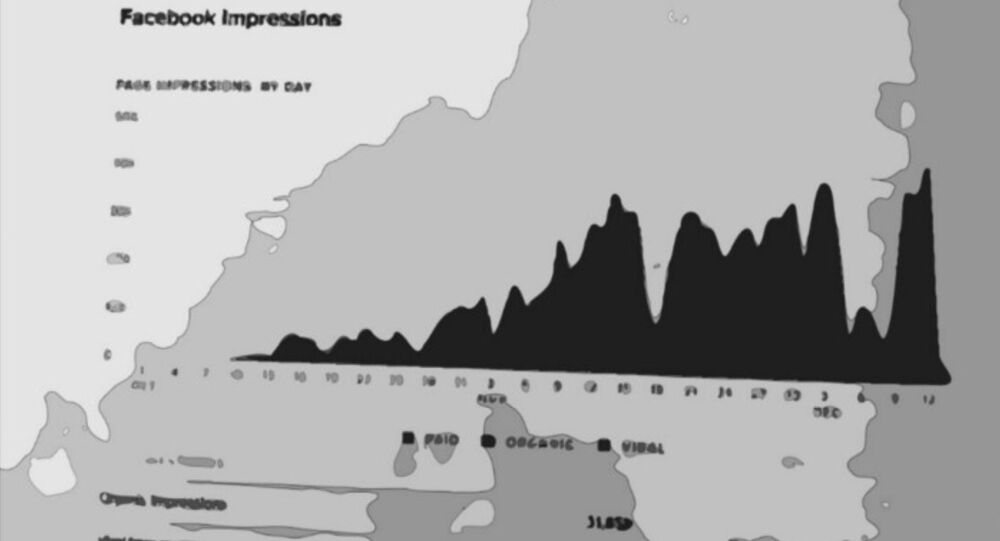 The internal report from the cybersecurity firm New Knowledge is the gift that keeps on giving. Friday’s offering? A leaked internal document revealing how the company bragged about evading detection despite its operations’ “impact” on “voting outcomes.”

The New York Times first revealed the company's efforts to sway a special Senate election in Alabama in 2017 with a black ops disinformation campaign involving messaging aimed at splitting the Republican vote and a self-professed "false flag" operation involving Twitter accounts designed to give the appearance of being Russian bots following the Republican candidate Roy Moore en masse.

That was just the beginning, though. What has followed since is a slow drip of near-daily updates, beginning with the revelation that one of the actors behind the influence operation, New Knowledge CEO Jonathon Morgan, also helped create the discredited "Hamilton 68 Dashboard," blamed "Russian trolls" for meddling in the Alabama race — which he was actively meddling in — and was then banned from Facebook for, you guessed it, meddling.

Journalist Dan Cohen exposed how New Knowledge "sometimes mistakes real people who post anti-imperialist arguments about US foreign policy for Kremlin trolls." Then, reporter Aaron Mate revealed that the Russian meddling report that New Knowledge delivered to the US Senate last week was no "bombshell," as the media had made it out to be, but in fact revealed a "small, amateurish" campaign by Russian LLC the Internet Research Agency, which is accused by US special counsel Robert Mueller of using social media to influence the 2016 presidential election. (Mueller, of course, is investigating allegations of collusion between the Trump campaign and Russia to affect the election.) New Knowledge also claims to have modeled its Alabama project on IRA tactics.

"This whole thing is a set-up. It's a frame-up," Radio Sputnik's Loud & Clear host Brian Becker said. "It's a covert operation. It wasn't an experiment to imitate Russian tactics — these were their tactics."

On Thursday, Alabama Attorney General Steve Marshall reportedly worried that the Alabama "operation could have affected the closely fought Senate race" and announced an investigation into the campaign.

These revelations — among others — illuminate the efforts of a shady cabal of former Obama administration acolytes and national security state apparatchiks-turned-cyber capitalists to weaponize social media tactics cynically blamed on Russia against the American electorate, both through election interference and corporate counter-insurgency in the realm of social media.

On Friday, BuzzFeed News reported that it had obtained a copy of the internal New Knowledge report that has served as the fountainhead of revelations about the cyber firm, but declined to publish it, arguing that their source told them "the report's claims about its influence are overblown."

BuzzFeed did reveal, however, that New York Times reporter Scott Shane, one of the two authors of the original report on New Knowledge, spoke at an event in September alongside participants in the Alabama operation.

The meeting "was held by American Engagement Technologies (AET), and this is according to the event agenda, which BuzzFeed actually has a copy of — and that's run by Mikey Dickerson, who served in the Obama administration," Loud & Clear producer Nicole Roussell said. "So again, this entire event is a Democratic Party thing. We know that the people from New Knowledge have worked with, have advised, have given strategy advice to members of the Democratic Party."

American Engagement Technologies is the name of the company that funneled money to New Knowledge for the Alabama operation, AET funder and venture capitalist Reid Hoffman admitted earlier this week.

The Times, in its headline, referred to the project as an "experiment," but that word is not found inside a leaked version of the internal report. On three other occasions, the Times downplayed the effectiveness of the campaign through an assertion, a quote from an "expert" and comments from Morgan.

"Our sustained targeting of these likely voters had enormous effect on [Republican] turnout in these counties. The [Republican] depression in these countries was measurably higher compared to the rest of the State," a portion of the document reads.

Prior to the surfacing of allegations that Roy Moore had sexually assaulted minors, New Knowledge "provided major news outlets with 4 million social signals (web traffic, clicks, comments, shares) indicating that anti-Moore articles were popular, which generated artificial ad-revenue for those publications and influenced their internal metrics."

Presumably, the goal of such an effort was to financially incentivize negative news coverage of Moore.

"In spite of our impact in the press and in voting outcomes, not a single story about our activities appeared in any press outlet," the report boasts.