The US Navy’s practice of punishing sailors with three days in confinement with only bread and water is on its way out.

The ban on so-called "bread-and-water confinement" will come into effect on Tuesday.

The punishment is a means for ship commanders to discipline sailors in the lowest three pay grades without invoking any judicial processes. According to the US military newspaper Stars & Stripes, the punishment dates "back to when warships had wooden hulls and sails."

Captains started using the punishment around the mid-19th century, the outlet reports, after the Navy abolished flogging. That was around the same time that keel hauling, or dragging a sailor underneath a ship with a rope, where they are likely to be bloodied by barnacles, went out of vogue. 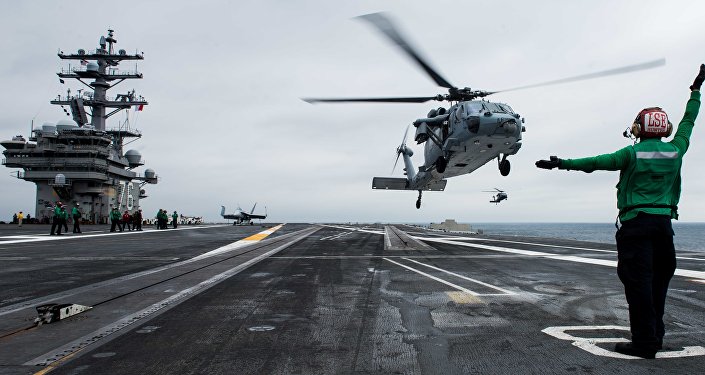 Low-ranking sailors have typically received the punishment for insubordination, failing to show up to work, lewd behavior or missing too many formations. It allows captains to avoid docking sailors' pay or demoting them in many cases.

The publication reached out to sailors and former sailors to see how they viewed the punishment. Retired US Navy Captain Don Inbody told the outlet he "did it once," meaning he handed down the punishment, but that "it's time for it to go."

Retired sailor Brenda Lettera said she was responsible for bringing bread — two to three loaves three times a day — to one man being punished for running naked through the women's' quarters.

"They get to eat as much bread as they want during the time," Lettera told the outlet. "Except for raisin bread. That wasn't allowed."

Chief Petty Officer Zach Winemiller, who witnesses dozens of bread-and-water- confinements while he worked at the Naval Brig Puget Sound, agrees that it's time for the punishment to be discontinued, arguing that it is an ineffective deterrent for bad behavior. "It doesn't seem to be very effective. It didn't seem to bother [prisoners]. They didn't complain," he said.

He added that sailors would be medically evaluated to ensure that the punishment was safe for them.

Dave Winkler, a historian at the Naval Historic Foundation in Washington, told the outlet that he's sad to see the punishment go, saying he "thought it was one of those quirky customs that made naval service unique."