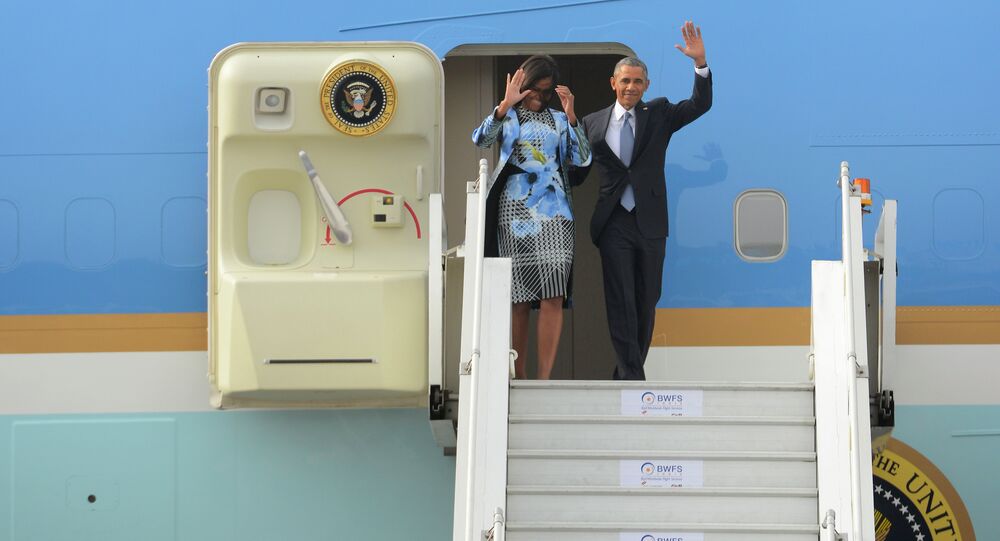 WASHINGTON (Sputnik) – Americans have named Barack and Michelle Obama the most admired man and woman in the world, with the former US president beating Donald Trump and Hillary Clinton losing the top spot for the first time in more than 15 years, a new Gallup poll revealed on Thursday.

"For the first time in 17 years, a woman other than Hillary Clinton has been named by Americans as the woman they admire most," a press release summarizing the poll said. "Former first lady Michelle Obama, who finished second to Clinton three times and is currently touring to promote her recently released autobiography, won by a significant margin this year."

© Sputnik / Mikhail Kutuzov
US, Europe Suffer From Rampant Corruption at 'Highest Levels of Power' - Poll
Barack Obama was the winner among men for the 11th consecutive year, including one year as president-elect, eight as president and two as former president. President Trump ranked second for the fourth year in a row, according to the poll.

"Usually, the president does not win when he has subpar job approval ratings, as is the case with Trump. Trump and Gerald Ford are the two presidents to date who did not win the honor while in office," the release said.

Gallup has conducted this survey every year since 1946 with the exception of 1976.