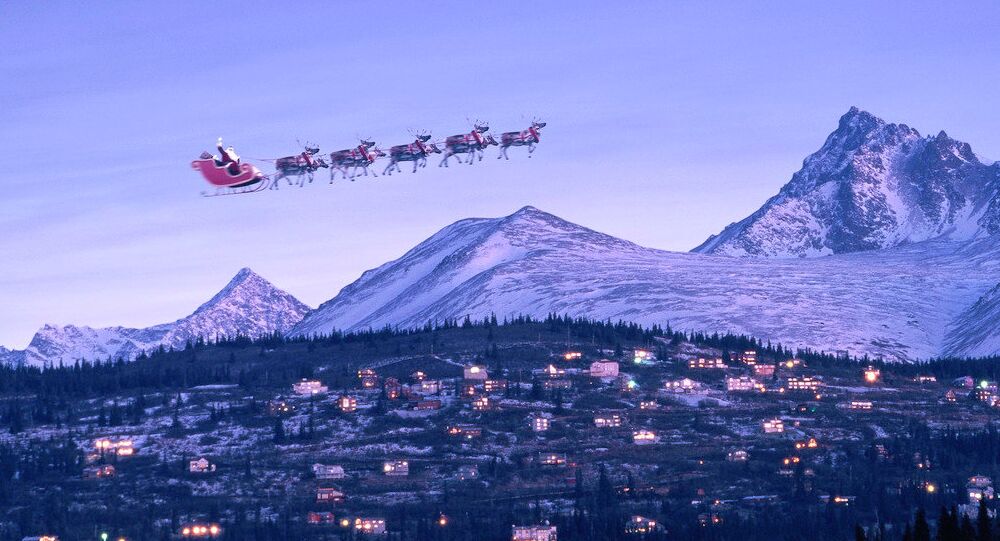 The service is up and running this year as usual, with dozens of volunteers engaged at the NORAD premises to bring delight and festive spirit to US families, and certainly commemorate the one, who despite his status and burden of responsibility, had the sense of humour to become the first Santa Claus to answer the hotline.

A typo in an ad commissioned by a well-known American department store chain, Sears, has given crowds of little boys and girls an opportunity to speak directly to Santa, and most importantly, even track his reindeer-driven sleigh throughout Christmas.

The advert in a local Colorado Springs paper promised the chance to hear the low timbre of the most anticipated and respected Christmas character, but the number actually reached a very important, and highly secret military division – the emergency phone on the desk of Col. Harry Shoup at what today known as the North American Aerospace Defence Command (NORAD.)

When the phone rang and the colonel heard a child’s resonant voice on the other end of the line, he first thought it could be a prank and was about to hang up, but the kid started crying prompting the officer to have a change of heart. He simply played along and pretended to be Santa, until the child’s mother took the phone to explain they had spotted the number in the newspaper.

After hordes of calls started to pour in, Shoup tasked a few of his lower-ranking colleagues with sitting down by the phone and speaking to inquisitive kids, which grew into the tradition reverently upheld to date by NORAD volunteers.

At the time, the colonel went still further. He arrived at the office on Christmas Eve to see a Christmas sleigh on the glass display of the plane tracking system, and without a moment’s hesitation called into a local radio station to announce the combat alert centre had spotted a UFO that “looks like a sleigh”. Back in the 1950s, in the Cold War era, journalists would call the colonel asking him Santa’s whereabouts, but nowadays, to track Santa, one would only need to follow @NORADSanta on Twitter, or dial 1-877-HI-NORAD.

Despite the partial government shutdown announced the other day, the system will continue to run, for the 63rd year, bringing uplifting real-time updates to all little (and not so little as well) US citizens.

It is currently operated by volunteers at Peterson Air Force Base in Colorado and is covered by the Department of Defence's budget that was earmarked earlier this year.

He Was a Good Boy: Golden Retriever Writes a Letter to Santa Paws