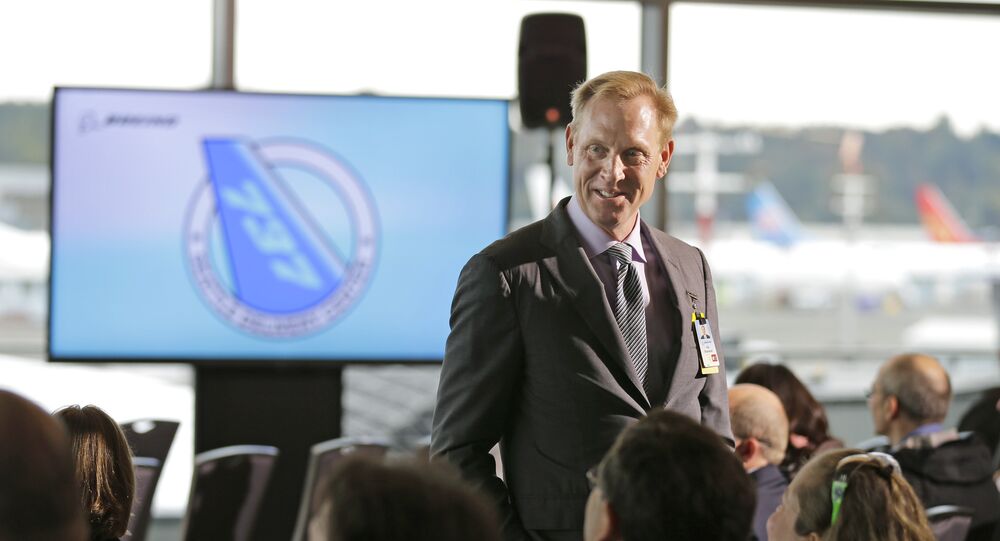 "I am pleased to announce that our very talented Deputy Secretary of Defence, Patrick Shanahan, will assume the title of Acting Secretary of Defense starting January 1, 2019. Patrick has a long list of accomplishments while serving as Deputy, & previously Boeing. He will be great!" Trump wrote on Twitter.

READ MORE: SDF: Daesh Ramps Up Attacks on Kurds After US Report of Troop Pullout From Syria

The US president also noted he had had a phone conversation with his Turkish counterpart Recep Tayyip Erdogan on the crucial issues, concerning the military withdrawal from Syria.

I just had a long and productive call with President @RT_Erdogan of Turkey. We discussed ISIS, our mutual involvement in Syria, & the slow & highly coordinated pullout of U.S. troops from the area. After many years they are coming home. We also discussed heavily expanded Trade.

© AFP 2020 / STR / TURKISH PRESIDENTIAL PRESS OFFICE
Erdogan Phone Call on Syria Triggered Mattis's Resignation – Reports
The statement comes after earlier this month General James Mattis wrote a resignation letter, stating that Trump has a right to have a Secretary of Defence "whose views are better aligned" with those of the US president.

The move followed Trump’s decision to pull out all 2,000 troops from Syria starting immediately after he declared victory over the Daesh* terror group.