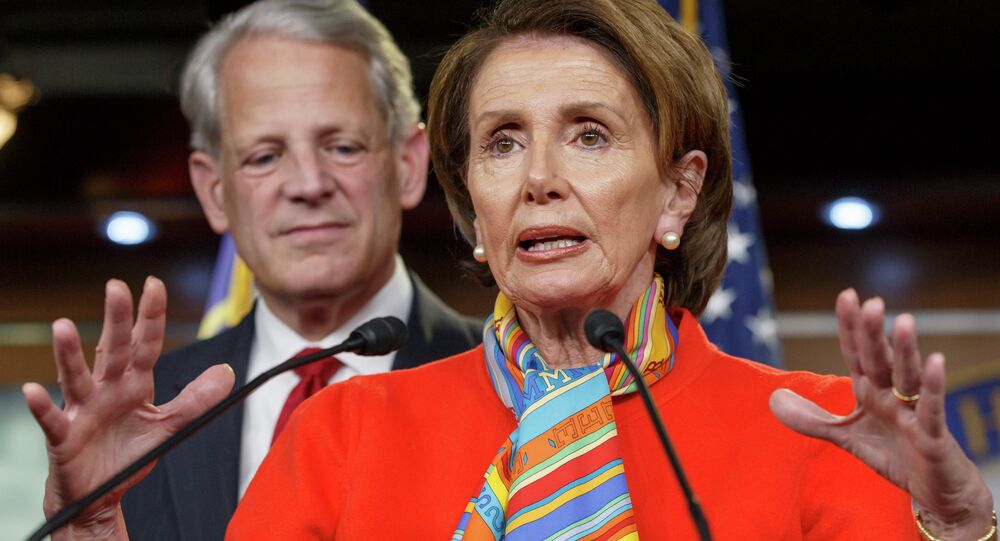 Along with Congress swaps, there has been much debate of late about a possible government shutdown in the run-up to the Christmas season, with President Trump blocking the recent Senate-approved bill, expected to keep the government funded and open for operations through 8 February 2019.

House Minority Leader Nancy Pelosi confessed Thursday that she didn’t hear Speaker Paul Ryan’s farewell speech on Wednesday since she was preoccupied with “doing other things”, but wished him “well as he goes forward”.

"I did not really have a chance to go to the speech and hear what he had to say, but I wish him and his family season’s greetings and best wishes for a wonderful future”, Pelosi added, after being asked at a news conference what she made of the farewell address by the outgoing speaker, which he made Wednesday from the Library of Congress.

Ryan, who is retiring at the end of the year, noted that the country’s “complex” problems are largely “solvable if our politics will allow it”.

The 78-year-old Democrat Nancy Pelosi, who has been in Congress for over three decades, will likely be elected as the next Speaker after the reshaped legislative body takes office in January.

Pelosi’s comments met a barrage of remarks, mostly hilarious, on Twitter, with netizens engaging in speculation over what “other things” she was likely doing at the time – suggesting anything from botox injections to “obstructing progress”.

Yep. More important things, like watering her plants or rearranging her junk drawer.

Botox injections…Bela Pelosi is the voice of the unhinged

Getting Botox and touching up those roots with chestnut brown #3..

“Should be her farewell speech”, one stated, with some attacking Ryan’s term in response, citing his “inefficiency”.

You mean, “pathetic old “Paul” who did absolutely nothing during his term as Speaker of the House. The most ineffective Speaker ever??? Little whining Eddie Munster? 😂😂😂

One pointed to "obvious" media bias with regard to Ryan's term:

Blatant media bias. Nancy Pelosi has been hosted and/or quoted more since the November election than Paul Ryan his entire tenure.

Meanwhile, there is a looming threat of a government shutdown, which seems more and more tangible. US House Speaker Paul Ryan (R-WI) revealed Thursday that US President Donald Trump had rejected a recent spending bill approved by the Senate and meant to avoid a partial government closedown, since it stipulated no funding for a wall along the Mexican border, which Trump has been rooting for ever since his 2016 campaign.

"We just had a very long, productive meeting with the president”, Ryan told reporters. “The president informed us that he will not sign the bill that came from the Senate last evening because of his legitimate concerns for border security”.

In October, Ryan publicly rejected Trump’s claim that automatic citizenship for babies born on US soil to illegal immigrant mothers could be halted with a presidential executive order, noting that this right is registered in the 14th amendment to the US Constitution, and the provision has never been scrutinized by the US Supreme Court to determine if this applies to illegal immigrants. Trump fired back in response and noted that Ryan would be better off focusing on retaining a Republican majority in Congress and securing the US border, rather than pondering on birthright citizenship.

Meanwhile, a number of fellow Republicans and right-wing activists blasted Trump for what they referred to as reluctance to solve border control issues and make good on his campaign promises. No earlier than on Wednesday, the conservative columnist and pundit Ann Coulter called POTUS “a gutless president” who would leave no political legacy and announced she would not support his re-election bid in 2020 should he not ultimately deliver on his pledges.