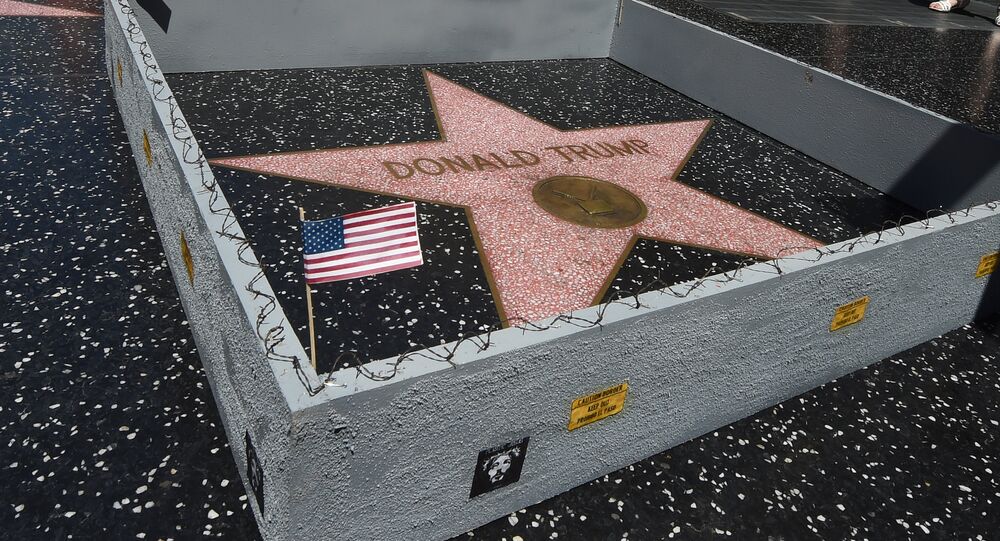 Since Donald Trump took office, his Hollywood Walk of Fame star has repeatedly been vandalised– and even reduced to rubble on two separate occasions.

Donald Trump’s Walk of Fame star has again been defaced – this time by an unidentified man who used a marker to draw multiple swastikas on it, along with obscenities, TMZ reported. The incident took place on Wednesday morning at around 9 a.m. local time.

Just a few hours later, the 45th’s plaque was vandalised again, with someone pouring paint that looked like fake blood:

© AFP 2020 / DAVID MCNEW
Trump's Star Voted Off Hollywood Walk of Fame
Trump’s star, which was awarded to him in 2007 at the height of his “Apprentice” fame, has become a “favourite” spot for vandals, with one even smashing the Hollywood landmark with a pickaxe.

The vandal, 24-year-old Austin Mikel Clay, was sentenced to three years’ probation and ordered to attend counselling, do community service, and pay over $9,400 to the Hollywood Chamber of Commerce.

Another man destroyed the star in October 2016, using a jackhammer and a sledgehammer; he was given three years of formal probation, 20 days of community work, and a $4,400 fine.

Back in August 2018, West Hollywood City Council members voted to urge the Hollywood Chamber of Commerce to remove Trump’s star from the Walk of Fame. Nevertheless, the Chamber has repeatedly stated that it has no intention of removing the plaque since the walk is a designated historical landmark.