Build the Wall: US Citizens Raise $5 Million for Southern Border

Since neither Mexico not the US Congress are paying for the construction of the border wall, a group of US citizens have assumed the responsibility of chipping in.

Those eager to see a wall on the US-Mexico border launched a public fundraiser on GoFundMe on December 16, with a $1 billion goal. In the span of a couple of days, the organizers amassed $5.1 million in donations from 83,737 people, according to The Wall Fundraising Team's GoFundMe page. 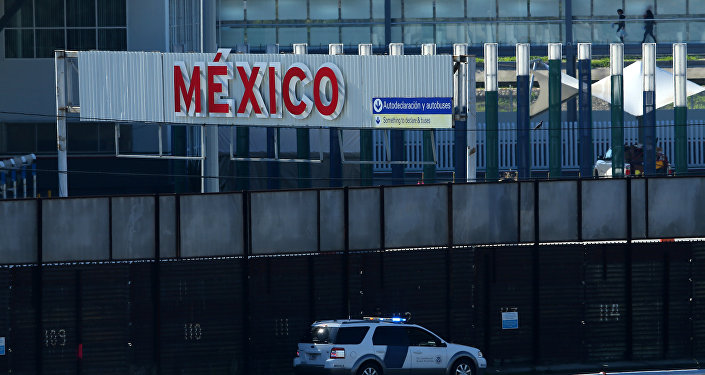 "As a veteran who has given so much, three limbs, I feel deeply invested to this nation to ensure future generations have everything we have today," the Iraq War veteran said in a statement.

"President Trump's main campaign promise was to BUILD THE WALL. And as he's followed through on just about every promise so far, this wall project needs to be completed still," Kolfage said.

Facebook
Brain Kolfage set up a fundraiser for the border wall on December 16, 2018.

"If the 63 million people who voted for Trump each pledge $80, we can build the wall," which equals about $5 billion, according to Kolfage, who noted, "This won't be easy, but it's our duty as citizens."

Kolfage insists that 100 percent of the funds from the GoFundMe will be allocated to the wall. However, there is an important catch: if the fundraiser does not meet its goal of $1 billion — which is the maximum goal limit GoFundMe allows right now — each contribution will be returned to donors, said Kolfage. He cited a $7.5 million donation given by billionaire David Rubinstein in 2012 to repair the Washington Monument as a precedent for private citizens making large contributions to the government for substantial projects.

US President Donald Trump has expressed disappointment about the possibility that Congress will not inject the wall project with fresh cash, saying it's "not good."

"When I begrudgingly signed the Omnibus Bill," a $1.3 trillion spending package signed in March, "I was promised the Wall and Border Security by leadership. Would be done by end of year (NOW). It didn't happen! We foolishly fight for Border Security for other countries — but not for our beloved U.S.A.! Not good," the president said in a tweet Thursday morning.

'Not Now, Not Ever': Mexico's Leader Responds to Trump's Border Wall Remark