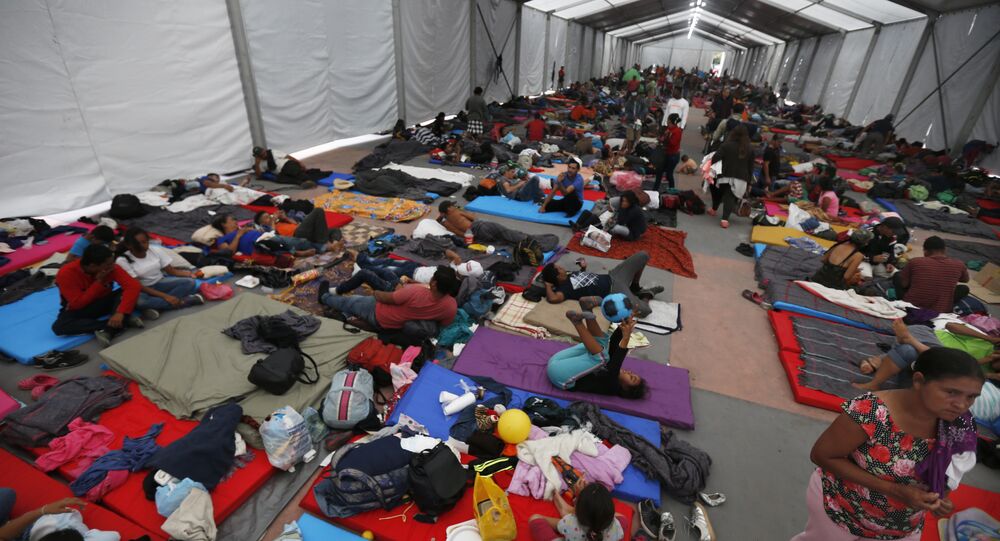 EL PASO (Sputnik) - The death of a seven-year-old migrant child in US custody warrants an independent probe that does not involve the US Department of Homeland Security (DHS) whose actions are being questioned, a lawyer representing the victim’s family, Enrique Moreno, said in a press conference.

Attorney Lynn Coyle said their concern about the DHS OIG being the only agency investigating the incident is that in past investigations its only inquiry is if actions met the standards set out by CBP which have extremely low standards for medical screening.

Coyle said they are asking for an investigation to include subject-matter experts in the health care area, particularly with minors, to review what happened in the initial CBP medical screening process.

The attorneys said Caal and her father, Nery Caal, were held without access to water during their overnight stay at the Antelope Wells Port of Entry. Moreover, they said she was visibly ill before departing the facility which is contrary to CBP reports that indicate she became ill on the 94-mile trip to the Lordsburg Border Patrol Station from the remote operating base near the US border.

CBP's initial statements were false and reflect a lack of objectivity, Moreno said. The agency's actions undermine the transparency and accountability, hence the search for the truth remains, he added.

The lawyers noted that Caal and her father traveled through Mexico by bus and walked across the US border for several hours, not days, seeking a CBP agent so they could seek asylum.

© AP Photo / Rodrigo Abd
White House Rejects Responsibility for Death of Migrant Child in US Custody
Nery Caal is in the process of seeking asylum for credible fear, bur he has not been scheduled an appointment, the lawyers said.

The lawyers also mentioned that the fact Caal's father within 48 hours of Jakelin's death was asked by CBP to sign statements in English, which offend "fundamental notions of fairness and decency." Nery Caal does not understand English. The attorneys said they do not know what he signed.

Congressman Raul Ruiz, a licensed physician, told reporters on Tuesday that Caal died of sepsis, which is a bacterial infection in the blood. An autopsy report is still in the process of being completed to determine Caal's cause of death.

CBP Commissioner Kevin McAleenan said in statement on Friday that border agents did everything in their power to provide medical care to Caal immediately. On Friday, the White House rejected responsibility for Caal's death and said it was a senseless and needless death that was 100 percent preventable.

READ MORE: Dems to Probe Death of Guatemalan Migrant Girl in US Custody

US Congressman Ben Ray Lujan told Sputnik on Tuesday that Democrats will initiate a Congressional investigation into Caal's death once they become the majority in the House of Representatives next year. The Guatemalan government has been notified immediately following the death, CBP said.

Jakelin Caal Maquin, of Guatemala, died on December 8, two days after she was apprehended together with her father for illegal entry into the United States along with a group of 163 undocumented immigrants, according to Customs and Border Protection.