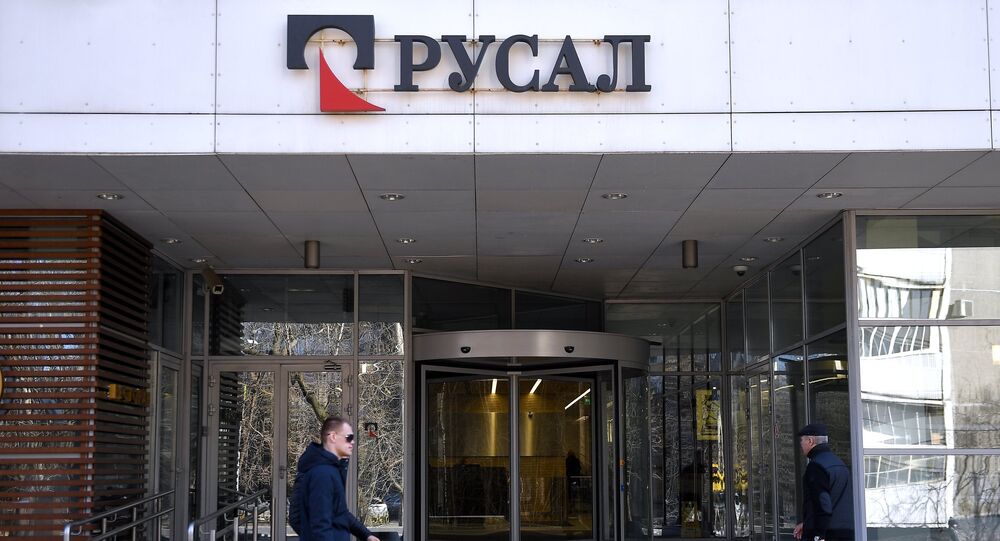 US Treasury to Lift Sanctions on Russia's Rusal, EN+

WASHINGTON (Sputnik) - EN+ Group has agreed to reduce businessman Oleg Deripaska's ownership in the company by 70 percent to just 44.95 percent in exchange for sanctions relief, the US Department of the Treasury said in a notice to Congress on Wednesday.

"Deripaska's stake in EN+ will fall from approximately 70 percent to 44.95 percent, and his stake cannot be increased," the Treasury Department's Office of Foreign Assets Control (OFAC) Director Andrea Gacki said in a the notice, which outlined steps that three Russian companies agreed to take in exchange for being removed from the US sanctions list.

Gacki explained EN+ agreed that VTB Bank or another entity approved by OFAC would take ownership of a block of Deripaska's shares in the company pledged as collateral.

© AFP 2020 / MLADEN ANTONOV
Russia’s Monthly Holdings in US Treasury Securities Drops by Over 5%
Deripaska's ownership will fall further after a restructuring transaction in which the Swiss company Glencore or its subsidary will swap shares in the Russian company Rusal for a direct ownership interest in EN+, Gacki said.

Meanwhile, the US Treasury Department's Office of Foreign Asset Control (OFAC) said in a statement on its website on Wednesday that it has notified Congress of its plans to remove within one month US sanctions on Russian companies Rusal, EN+ Group and JSC EuroSibEnergo after the three agreed to undertake significant restructuring.

"Today, OFAC submitted a notification to Congress of its intention to terminate the sanctions imposed on En+ Group plc ('En+'), UC Rusal plc ('Rusal'), and JSC EuroSibEnergo ('ESE') in 30 days," the statement said.

In OFAC's notice to Congress, also posted on the Treasury Department's website, OFAC Director Andrea Gacki explained that the three companies had agreed to make significant changes that would include reducing Russian businessman Oleg Deripaska's direct and indirect shareholdings in the entities to below 50 percent. Deripaska remains on the US sanctions list, the statement added.

Rusal and EN+ have also agreed to overhaul the composition of their boards of directors and take other restrictive steps related to corporate governance, Gacki said, adding that the three firms have committed to "unprecedented transparency" by undertaking extensive audits and reporting requirements.

© Sputnik / Alexander Kryazhev
Russia's Rusal Reports Double Increase in IFRS Net Profit Amid US Sanctions
US Treasury Secretary Steven Mnuchin said the changes undertaken by the companies would enable them to meet the US criteria for lifting sanctions.

Mnuchin warned, however, that the companies would face "severe consequences" if they fail to comply with the steps they agreed to take to have the sanctions lifted.

OFAC placed Deripaska and the three Russian companies on the US sanctions list on April 6, 2018. The three companies later petitioned OFAC to be delisted and were able to settle on terms that were acceptable to OFAC, the Treasury Department said.